Tuesday, June 15
You are at:Home»News»Sabah»Juvenile elephant shot dead in Tongod 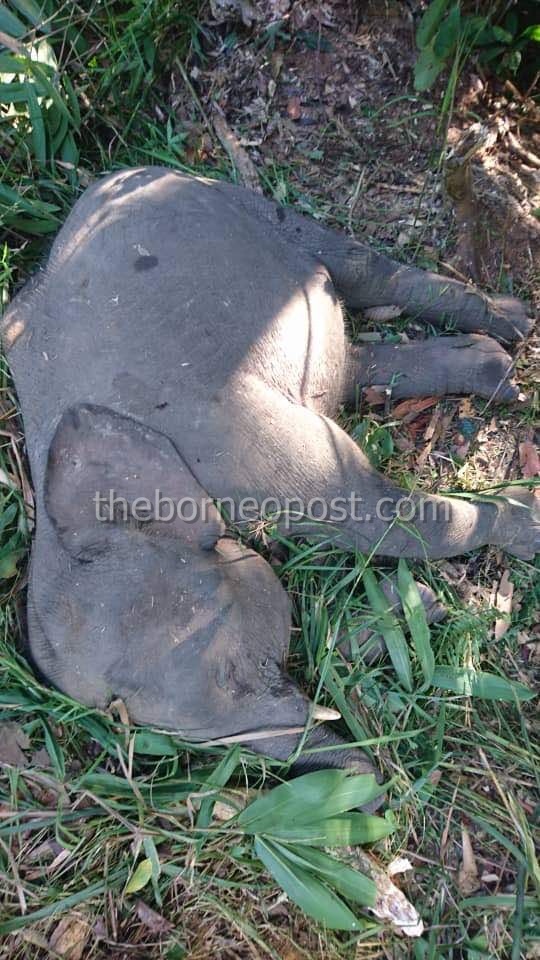 TONGOD: An elephant was found dead with a gunshot wound at Kampung Karamuak here.

This brings the number of elephants killed in Sabah to 10 this year.

A team of wildlife rangers from Kinabatangan Wildlife Office stumbled upon the carcass of the juvenile male elephant by the roadside at Kampung Karamuak here about 7.40am on July 23.

“The juvenile male elephant is about three to four years old,” she said in a statement yesterday.
She added that a team was sent yesterday to investigate and conduct a post-mortem to determine the cause of death.

The post-mortem team found a wound at the right rump of the elephant, she said, adding a pellet was inside the abdomen.

“Some parts of the intestines were torn. There was a severe internal bleeding inside the abdomen suggesting several blood vessels were damaged.

“The cause of death is determined to be hypovolemic shock due to severe internal bleeding caused by the pellet,” Siti Nur’Ain explained.

“From the position of the injury and the trajectory of the pellet, it is highly probable that the elephant was shot either from a close range from an elevated place or from the back of a vehicle.”

Siti Nur’Ain said according to information gathered during investigation, a herd of elephants had been in Kampungg Karamuak for the last one month.

“The investigating team will continue its investigation into finding the perpetrator of the killing,” she said.

Last week, a juvenile male elephant was found dead near an abandoned logging camp in the Kuamut Forest Reserve after it was believed to have been involved in a fight with a larger elephant.

On July 16 the carcass of a male elephant was discovered by plantation workers at an oil palm plantation in Ulu Segama, Lahad Datu.

The Wildlife Department found that the elephant had an injured foot, believed due to a snare trap.

At least eight other elephants have also been reported dead due to various reasons in Sabah between April and July this year.

Elephants are a Totally Protected species under the Sabah Wildlife Conservation Enactment 1997.