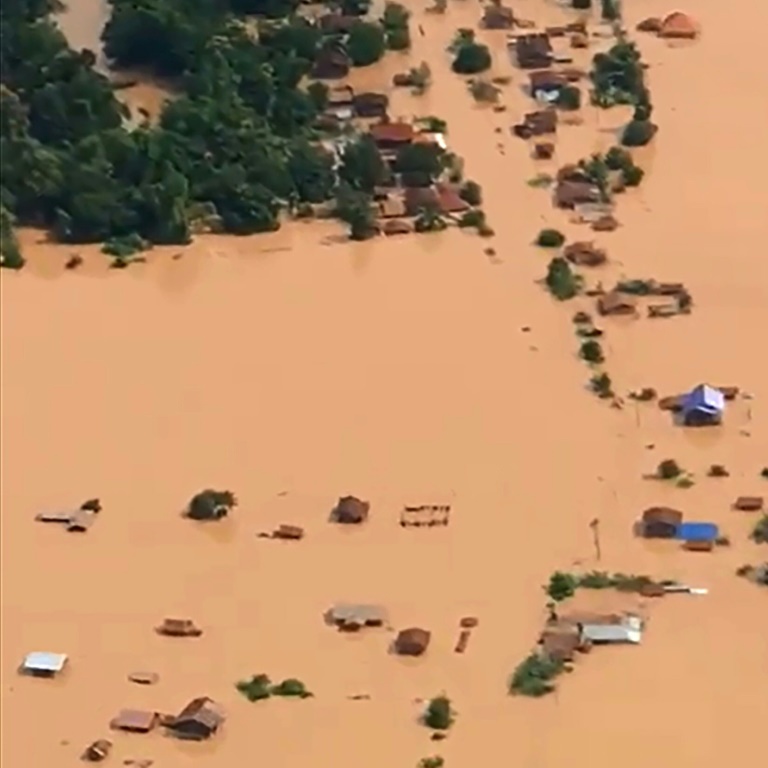 SEOUL: The South Korean partner in a Laos hydropower dam said Wednesday it discovered the upper part of the structure had washed away 24 hours before it collapsed, engulfing villages and leaving hundreds missing.

The wall of water unleashed Monday by the failure of the dam in the country’s southeast surged downstream, sweeping away homes and leaving an unknown number of people feared dead.

SK Engineering & Construction, a South Korean builder that is one of the partners in the project, said it discovered the damage to an auxiliary dam at around 9:00 pm Sunday local time.

“We immediately alerted the authorities and began evacuating (nearby) villagers downstream,” it said in a statement.

Repair work was hampered by heavy rain which had damaged roads, it said, and early on Monday water was discharged from the Xe-Namnoy dam — one of the two main dams in the project — to try to relieve pressure on the auxiliary structure.

The government was warned about further damage to the dam at around noon, prompting an official evacuation order for villagers downstream, and the structure collapsed a few hours later, it said.

By Tuesday morning, seven out of 12 villages located downstream were flooded, it said. Aerial pictures showed a vast brown inundation swamping houses and jungle alike over a huge area.

Another video showed families waiting for rescue on the rooftop of their house, with a nearby Buddhist temple partially submerged.

The South Korean firm said it had sent a crisis team to the site, dispatching helicopters, boats and rescue workers.

“Currently, SK E&C is actively working on personnel recovery and damage relief with the Laotian government,” it said.

Communist Laos is traversed by a vast network of rivers and several dams are being built or planned in the impoverished and landlocked country, which exports most of its hydropower energy to neighbouring countries such as Thailand.

The $1.2 billion dam located near the border with Cambodia is part of a project by Vientiane-based Xe Pian Xe Namnoy Power Company, or PNPC, a joint venture formed in 2012 between a Laotian, a Thai and two South Korean companies, according to the project’s website.

The 410 megawatt capacity plant was supposed to start commercial operations by 2019, according to the venture’s website.

The project consists of a series of dams over the Houay Makchanh, the Xe-Namnoy and the Xe-Pian rivers in Champasak province.

It planned to export 90 percent of its electricity to energy-hungry Thailand and the remainder was to be offered up on the local grid.

Under the terms of construction, PNPC said it would operate and manage the power project for 27 years after commercial operations began. – AFP