Wednesday, June 16
You are at:Home»Business»Canada’s new export minister to push beyond US market 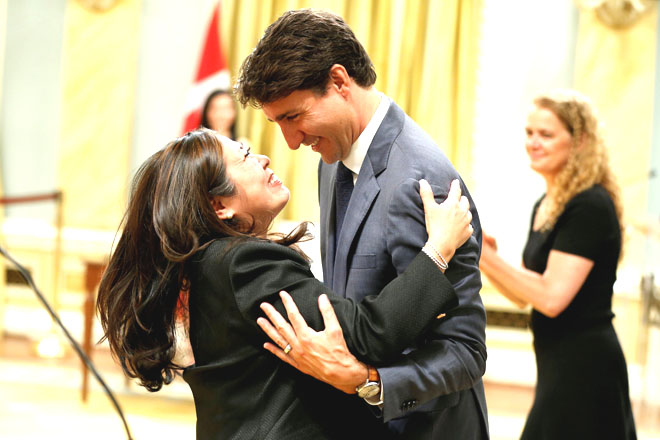 OTTAWA: Canada has created a new Cabinet position to help exporters look beyond the United States and there will be resources for small businesses that want to take advantage of new trade deals, the new minister for export promotion said.

Mary Ng, who vaulted to Cabinet-level last week to take on an existing small business portfolio as well as a new one on export promotion, said she wants to help companies take advantage of new trade deals with the European Union and Pacific nations that have specific provisions to welcome small business trade.

Threats by the Trump administration to end the North American Free Trade Agreement (NAFTA) have shaken Canadian exporters. Canada sends 75 per cent of its goods exports to the United States, which imposed tariffs on Canadian steel and aluminium at the end of May and is now mulling punitive measures against autos.

Ng says Canada has other options.

“Right now Canada has preferential market access to 14 trade agreements and 51 countries. This is a real opportunity for us. The US continues to be an important export market to us, but I also think there is a great opportunity to enable our small business to access these other markets as well,” Ng said in an interview with Reuters.

Ng said both the new 11-nation Trans-Pacific trade deal and the EU-Canada Comprehensive Economic and Trade Agreement have chapters devoted to increasing access for small business.

She said the new Cabinet ministry can “provide them with resources” to access the new markets beyond the United States, but gave no specifics on funding or programs that will drive the export diversification.

Carr said last week that “an awful lot of affection for Canada” will help the government’s push to diversify exports away from the United States.

Still, Sean Speer, a senior fellow for fiscal policy at the Macdonald-Laurier Institute, a non-partisan think tank, said the integration of US-Canadian supply chains as well as the shared language and culture between the two countries make it hard to change the reliance on the American market.

“It’s not that I’m opposed to trade diversification or the idea we should engage new markets … I’m just sceptical of the idea it’s going to lead to a fundamental re-organisation of trade patterns,” Speer said. — Reuters