Friday, August 6
You are at:Home»News»Nation»MPs late in entering Parliament session due to briefing — Liew 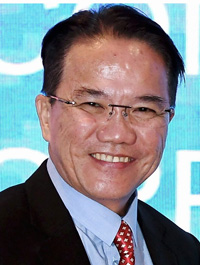 KUALA LUMPUR: Minister in the Prime Minister’s Department Datuk Liew Vui Keong explained that many Members of Parliament from Pakatan Harapan (PH) were late in entering the Dewan Rakyat sitting on Tuesday as they had attended a briefing earlier.

He said the Dewan Rakyat sitting which should have continued at 2.30pm was only delayed for six minutes.

“I was made to understand that after the lunch break ended at 2.30pm yesterday (Tuesday), Datuk Alexander Nanta Linggi (GPS-PBB Kapit) raised the matter on the meeting’s lack of quorum and the bell was sounded for the second time at 2.32pm.

“Most of the PH MPs (Members of Parliament) at that time were in the Parliament Building, it’s just that they were late in entering because they had attended a briefing.

The sitting was continued at 2.36pm, it’s just six minutes late,” he told reporters when met at the Parliament lobby here yesterday.

Meanwhile, when asked whether he agreed with the suggestion that the monthly allowance of MPs who failed to attend the Dewan Rakyat sitting be deducted, Liew said he did not agree because many new MPs were not used to the the Dewan Rakyat’s regulations. — Bernama