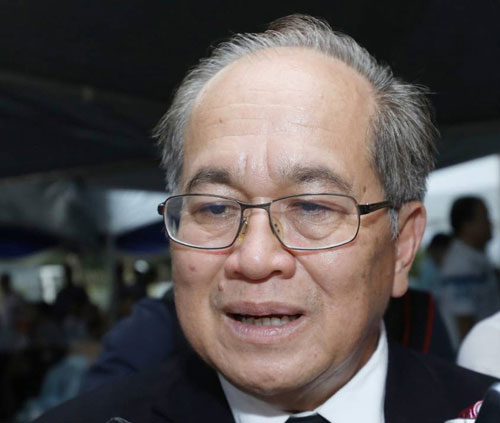 “My objective of asking my lawyer to issue a letter of demand to Vernon Kedit is mainly to clear my name. In one of his articles; ‘Expose Uggah! Not only is he a traitor, he is now officially a liar!’, to me that is a very very serious accusation, libelous, seditious and with very malicious intention (against me),” Uggah stressed in an exclusive interview with The Borneo Post in response to PKR Sarawak information chief Vernon Kedit’s press conference held earlier today.

Uggah said what was being said by Vernon is very damaging and unacceptable, and such an accusation, if goes unchecked will become the truth in the eyes of the people.

“If I don’t clear my name, the perception is that I am a traitor to the Iban community and that I am a liar, I cannot accept this. That is the reason why I asked my lawyer to issue the letter of demand,” he explained.

Uggah also advised Vernon to stop seeking sympathy that he was being victimised for speaking up on NCR land issues.

“As to his response that I was trying to silence because he is championing the cause of NCR land, it is an attempt by him to divert from the real issue. The real issue is, he must explain to me why he called me a traitor and a liar,” he said.

Uggah said Sarawak government is very tolerant to dissenting voice and have never take any action against people voicing up their dissatisfaction as long as they abide by the rule of law.

“The last few months we heard a lot of voices, a lot of opinions, a lot of expressions, both on the printed and social media, even some are going to have demonstration to express their views on NCR land. We didn’t take any action because we don’t intimidate people who express their views. This is democracy,” he stressed.

Uggah also stressed that the government of Sarawak do not stop the people from expressing their opinion and the people’s rights to speak up are respected under democracy.

“So, please don’t divert the issue and try to paint a picture that we intimidate and want to stop someone to express their views on NCR issues,” he concluded.