Saturday, May 15
You are at:Home»Business»Labuan IBFC aims to maintain positive trend in captive insurance 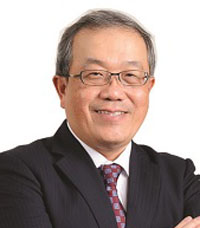 KUALA LUMPUR: The Labuan International Business and Financial Centre (Labuan IBFC) hopes to sustain the positive trend in take-up of captive insurance in the midshore centre this year, after registering the highest growth in the region last year.

Labuan Financial Services Authority (Labuan FSA) director-general Danial Mah Abdullah said a total of six captives were approved by the authority last year, the highest in the region with a total of US$360.9 million (US$1=RM4.06) in underwritten gross premium.

“As for the first half of this year, the midshore centre had already approved another four captives compared to six in the last financial year, bringing the total to date to 47 captives entities.

“We expect more to come as we are seeing more growing target. Our nearest competitor is Singapore with 70 captives in total but last year, there was no new captive registered in the republic,” he told reporters on the sidelines of the Asian Captive Conference 2018 yesterday.

The market for captive insurance was huge with over 6,500 captives insurance globally worth some US$150 billion, out of which only about two per cent were owned by Asian parent companies, he said, adding there is still a lot more potential in this space.

Danial said captive insurance made up more than 30 per cent of the total gross premium in the insurance industry in Labuan IBFC amounting to US$1.4 billion.

Out of the total premium in Labuan, more than 60 per cent were contributed by non-Malaysians, he noted.

Despite the softer global trend in the insurance industry, particularly captives, Danial said he still sees growth in the region and hence the authority was targeting the sector to sustain growth and repeat its achievement of over US$1 billion mark this year.

“We hoped to see more non-Malaysian premium this year particularly from Japan, Singapore, Indonesia, Australia, Middle East, and hopefully more from the region as it is our main focus,” he said.

As for captive, Danial said he expected to see more demand from matured markets such as Japan and the authority was also stepping up efforts to engage more partners in China to tap into the market.

A captive insurer is a wholly-owned insurance company that insures the assets, liabilities and other risks of its parent company.

It is usually located in jurisdictions where taxation, solvency and reporting requirements are less onerous. — Bernama