Sunday, September 25
You are at:Home»News»Sarawak»All-out effort to curb HFMD

Measures stepped up to prevent spread of hand, foot and mouth disease in Daro 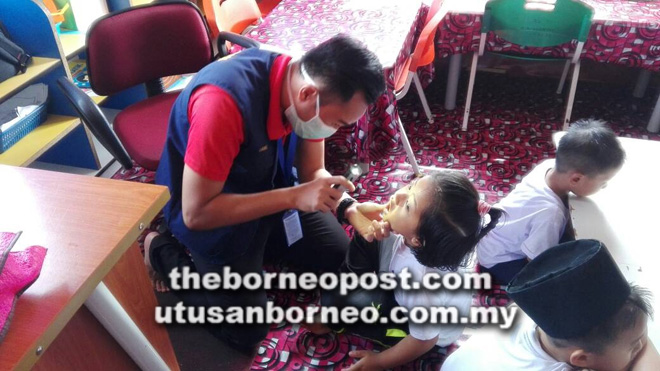 A medical personnel checks for symptoms of HFMD at a school in Daro.

SIBU: Disinfection has been carried out in all villages, schools and preschools in Daro to curb the spread of hand, foot and mouth disease (HFMD). 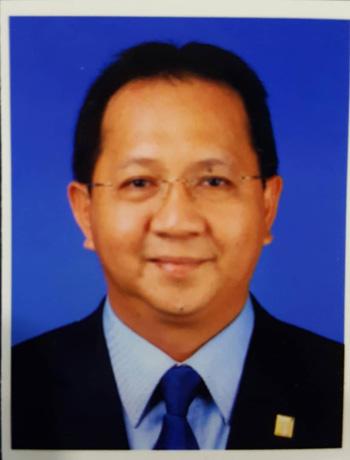 Daro assemblyman Safiee Ahmad said yesterday preventive measures have been stepped up and no new cases have been reported in the constituency so far.

On July 28, a toddler from Kampung Pangtray in Daro, Mukah died at Sibu Hospital due to Enterovirus 71 (EV71) – one of the major causative agents of HFMD.

“All the 10 villages in Daro have been disinfected and so are schools and preschools as measures to prevent the spread of HFMD,” Safiee said when contacted.

He also informed that there was no instruction to close preschools and schools in Daro at the moment as the situation was still under control.

He added that the toddler’s six-year-old sister is currently being quarantined at home and doing well, and he will be visiting the family today.

As another measure, he said ‘gotong-royong’ involving parents had been carried out at preschools to ensure cleanliness and hygiene.

He also said that the Health Department conducted random screening in villages as a preventive measure.

“Those children who exhibit symptoms (of HFMD) are given treatment.” 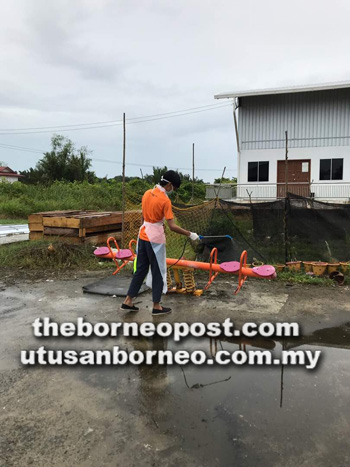 Disinfection being carried out at a preschool in Daro to prevent the spread of HFMD.

Besides that, the department also conducted briefing and awareness programmes for parents on HFMD, he added.

To the people in Daro especially the villagers, Safiee advised them to follow the instructions of the authority.

“Parents are reminded to quarantine their children at home if they are not feeling well.

“It is very important for parents themselves to ensure good hygiene and cleanliness,” he said, while reminding parents to send their children for immediate medical attention if they feel unwell.

Attempts have been made to contact Sarawak Education Department and Daro District Education office on measures taken in schools in Daro, following the reported HFMD fatality.

Deputy Health Minister Dr Lee Boon Chye in a WhatsApp message to The Borneo Post on Wednesday had confirmed EV71 was the cause of the death of the toddler.

He added that as of Aug 1, Sarawak recorded a total of 4,708 HFMD cases, while the overall figure nationwide stood at 40,949.

Asked on whether EV71, that is believed to have killed some 31 children in Sarawak in 1997, making a comeback after a lapse of almost 10 years (the last case according to records was in 2009) is a cause for concern, Dr Lee
said: “So far, the cases of mortality look isolated but we are monitoring closely.” 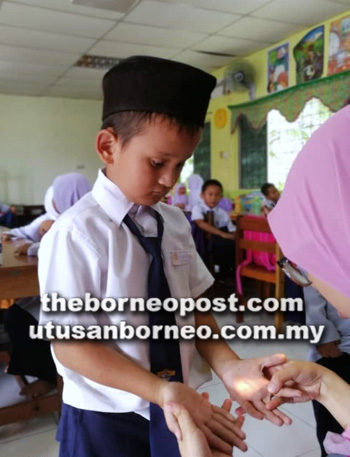 Checking for symptoms of HFMD.