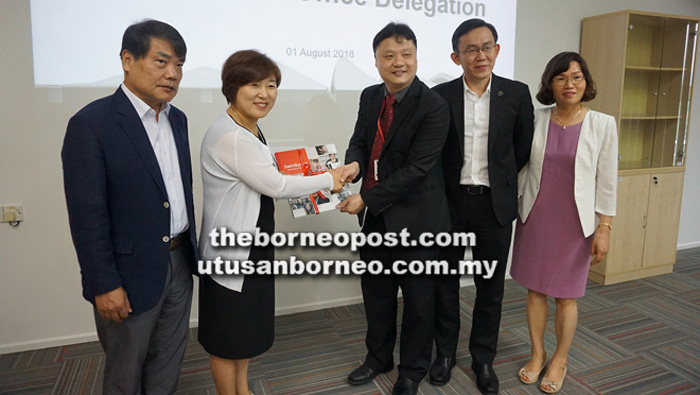 Wong (third right) presenting a gift to Eom while others look on. 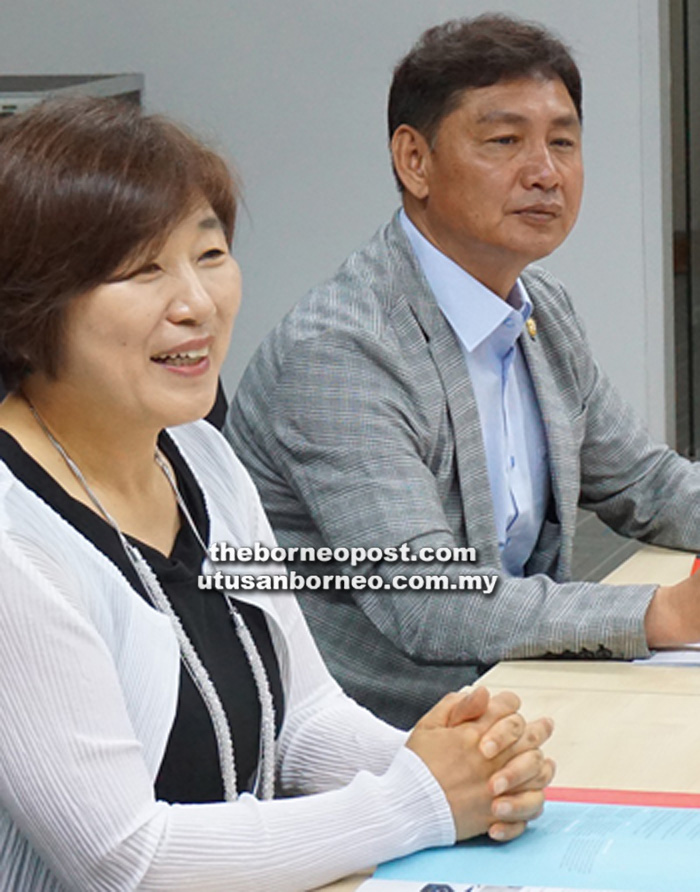 Eom (left) and Park during the visit.

Also present were Swinburne Sarawak’s director of business development and liaison James Ho and senior staff of the university.

The campus visit was part of the delegation’s official trip to Kuching on the invitation of Kuching City South Council (MBKS) in conjunction with the ongoing Kuching Festival.

Swinburne Sarawak hosts yearly visits by the district office, the first being in 2016.

During the meeting, Ho briefed the delegation on the background of the university and disclosed that ten students from South Korea are currently pursuing their studies at Swinburne Sarawak, a full-fledged Australian university that offers affordable education at 1/3 the fee of studying in Australia.

“Swinburne Sarawak provides the same quality of teaching and learning as its main campus in Melbourne and as a result, our students who transfer or go on an exchange programme to the main campus are among the top performing students in their respective programmes,” said Ho.

He added that courses offered at the university are accredited and recognised by professional bodies such as Engineers Australia, Australian Computer Society, CPA Australia, ACCA and other reputable organisations, which is one of the important factors in choosing a university as such international accreditations allow students to mobilise their careers anywhere around the world.

Wong, who spoke about his eye-opening trip to Guro District last year with Swinburne Sarawak’s head of School of Computing Associate Professor Patrick Then, said he was impressed with the Koreans’ entrepreneurial spirit and motivation.

He further elaborated on their visit to Dongyang Mirae University where they learnt and exchanged knowledge on areas of interest particularly on emerging technology.

Meanwhile, Eom touched on a point raised by Wong related to state-of-the-art cameras installed all over the streets of Guro where she said the devices are to monitor among other things, the safety of the community and illegal dumping, as part of the initiatives to keep the surrounding areas secure, risk-free and clean.

Park, on the other hand, expressed his satisfaction over the visit and that the presentation by Ho has aroused his interest in persuading his children to study at Swinburne Sarawak.