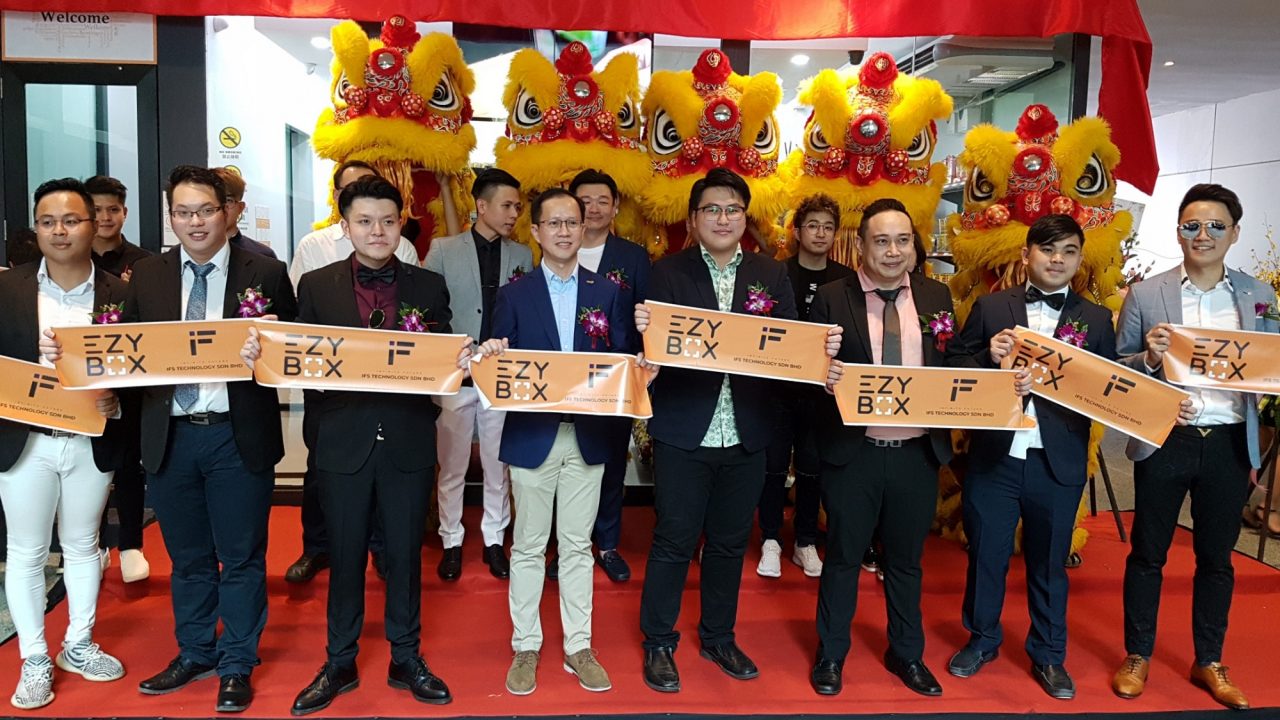 “EZY Box is basically based on the cashless concept. Whenever you want to gain entry into the store, you can use your phone to scan via WeChat or our member card. Once you enter, you are able to choose any of the items with an RFID (tags containing electronically-stored information), scan it and then pay using the phone or member card that we provide,” explained Ansibin, IFS (Infinite Future System) chief operating officer, during the grand opening of EZY Box at KK Times Square here yesterday.

According to Ansibin, they plan to open more of its new-age stores within Kota Kinabalu (KK), other districts in Sabah, Sarawak and Peninsular Malaysia.

“In the near future, of course, we will expand with another unit, which may be located in Asia City, UMS (Universiti Malaysia Sabah), somewhere outside of the campus area surroundings or in tourism spots. These are a few locations that we are looking at for now,” he said.

“The next one (store) is expected to open some time at end of this year. Hopefully, if everything goes smooth we will go for it before or by end of the year. Actually, there is one coming soon but we are in the midst of discussion with the developers to see if they are okay with it,” hinted Ansibin.

Ansibin added that they are aiming to bring the EZY Box stores to Tawau and Sandakan by next year, and Kuching and Miri in Sarawak by end of the year or in January or February next year.

He said opening of their stores in the Peninsular would be in their long-term planning.

“Many people have asked me what is the most profitable business now. I will tell them, for now, EZY Box is the ‘new growth’ innovative business,” said Malaysia Entrepreneur Development Association (PUMM) Sabah liaison chairman Dato’ George Lim Su Chung at the event.

“It takes real courage to venture into Uber and Grab taxi. It is an area of uncharted unknown space. EZY Box is the uncharted new opportunity, new market, automation, new growth in Malaysia. By 2025, 50% of traditional businesses will be disrupted by the digital businesses. In this digital age, the start-up business success rate is only one percent, 99 out of 100 start-ups have failed.

“Customers want cheaper, better products, integrated technology and fast process time. Today, every company does not have time to wait for digitization. Every business needs to go beyond digitization, they must be capable of creating new data through learning what customers actually want and deliver value to consumer needs better than the competitor,” he stressed.