Wednesday, February 1
You are at:Home»News»Sarawak»Full MSPO certification by 2019
For the freshest news, join The Borneo Post's Telegram Channel and The Borneo Post on Newswav. 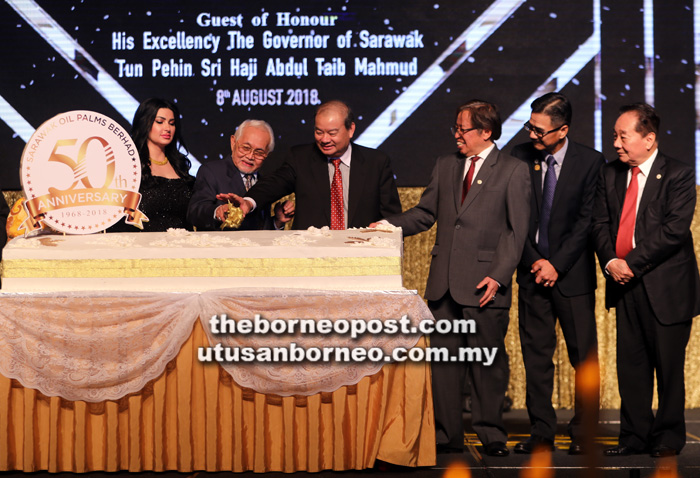 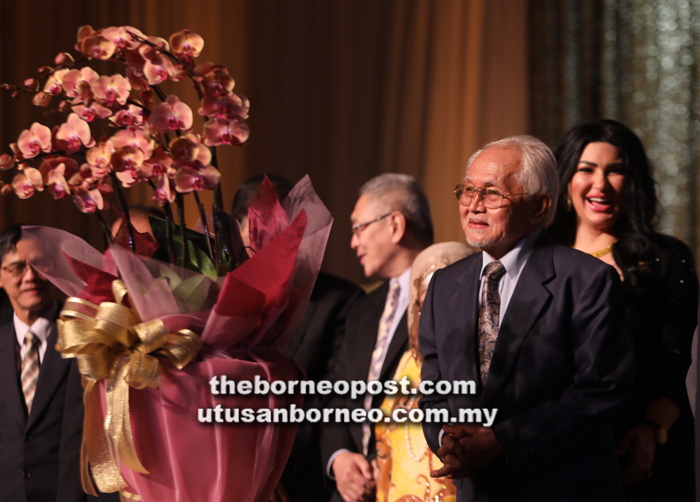 Taib (second left) examining the Phalaenopsis hybrid orchids that were named ‘Sarawak Taib Mahmud’ and ‘Abang Zohari’ after the unveiling of the orchids during the dinner.

KUCHING: The state government has taken a committed role to ensure that the palm oil industry in Sarawak gets full Malaysia Sustainable Palm Oil (MSPO) certification by Dec 2019.

“We have issued a moratorium on clearing of our forest for large scale oil palm plantation except on native customary rights (NCR) lands to stop further destruction of our forest,” said Abang Johari during the Sarawak Oil Palms (SOP) Berhad 50th anniversary dinner on Wednesday.

He said the state government is also committed to ensure that the state’s forest resources are sustainably managed.

“Foremost, we have pledged to commit 80 per cent of our land mass as primary and secondary forests which include industrial forest for planting of trees for raw materials for the timber industry,” he added.

He also informed that the state government has also decided to expand Sarawak’s water catchment area, dubbed the ‘Heart of Borneo’ (HoB), from 2.1 million hectares to 2.7 million hectares to ensure that the Bakun, Baleh, Murum and Batang Ai dams will be able to receive sufficient water.

In addition, the state has also implemented the STLVS (Sarawak Timber Legality Verification System) and SFM (Sustainable Forest Management) which are laws and regulations on forests and timber trade for the state.

“The state’s target of two million hectares for oil palm by 2020 is well under way and we have also pledged that no more new areas will be opened up for oil palm cultivation in the state except for NCR titled lands,” he added.

He informed that last year, the palm oil industry provided employment to over 119,521 people (locals and foreign workers) with more than 39,213 smallholders actively involved in the industry which augurs well for the state.

He said the shortage of labour in the industry has to be tackled by innovative means rather than just increasing the number of workers.

“SOP is proud and honoured to be the pioneer, catalyst and the centre of transfer of know-how and manpower building, for both plantation management and mill engineering at the early part of the development of oil palm industry in Sarawak,” he added.

He said the group exports palm oil and palm products from Sarawak to more than 20 countries in the world.

“As a responsible palm oil producer, SOP has put great emphasis on sustainability and quality of its supply chain. By the end of this year, 100 per cent of the palm products produced by SOP group will be certified under Malaysia Sustainability Palm Oil (MSPO),” he added.

In addition, he said more than 70 per cent of SOP group operations have also been certified under International Sustainable Carbon Certification (ISCC).

Besides that, he said SOP has been in the forefront to collaborate with the Malaysia Palm Oil Board (MPOB) and foreign universities to research into greenhouse gas, impact of climate by oil palm with the aim to improve the management practices of its planted areas and has set aside more than 500 hectares as conservation areas. 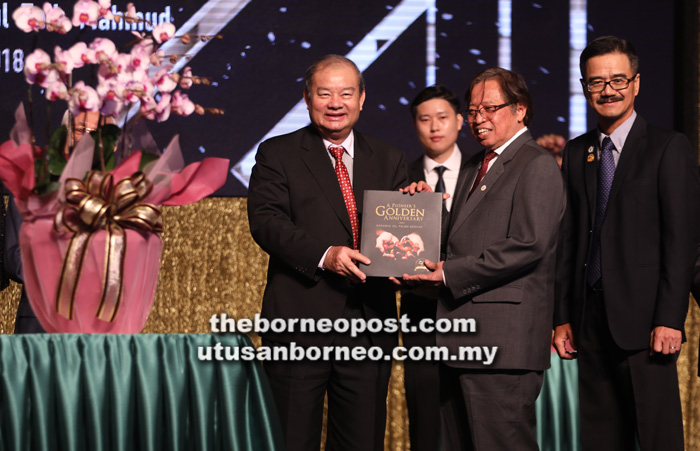 Abang Johari (second right) receiving the certificate from Ling (left) after the Phalaenopsis hybrid orchid was named after him at the dinner. Also seen is Paul Wong (right).