Saturday, May 30
You are at:Home»News»Sarawak»Court fixes Oct 12 for case management of Bersih 4 illegal assembly case 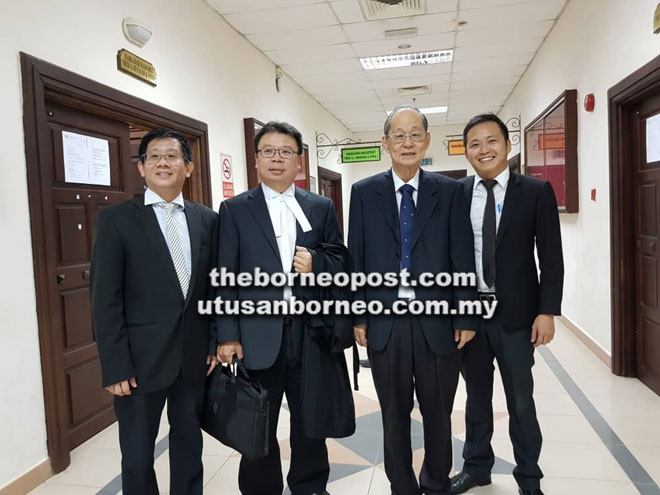 Tan (left) and his lawyers. Chong was not present as he had to attend federal Cabinet meeting in Putrajaya yesterday. At second right is Siew Chiang.

KUCHING: The Sessions Court here yesterday fixed Oct 12 for the pre-trial case management in the 2015 Bersih 4 illegal assembly case involving the then Bandar Kuching MP Chong Chieng Jen and Julian Tan who was then the Stampin MP.

The date was fixed because Chong and Tan had already been ordered to enter their defence after the High Court decision in acquitting them was reversed on appeal by the prosecution.

The legal team  of Chong and Tan said they had written a letter to Federal Attorney-General Chambers to drop the case because most cases similar to theirs under Section 4 (2) (c) of the Peaceful Assembly Act (PAA) 2012 were withdrawn.

The prosecution in the case secured its appeal against Chong and Tan’s acquittal on April 6, 2018 because the prosecution had in fact established prima facie case.

Chong and Tan allegedly committed the offence on Aug 20, 2015 during the Bersih 4 rally.