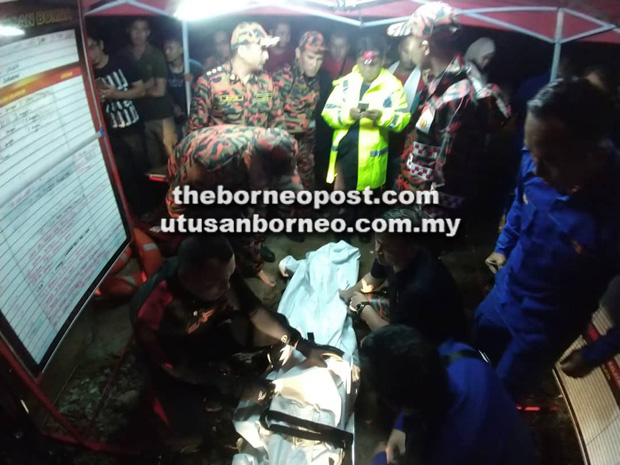 Search-and-rescue personnel with the body of the drowned teenager after recovering the deceased from the river.

KUCHING: A swim with friends at a river in Kampung Landeh, Padawan ended in tragedy for a 13-year-old boy when he drowned Tuesday.

The deceased, John Allfeus Kassim from Mile 8 Penrissen Camp, was discovered by members of a search-and-rescue team in a deep end of the river at 6.55pm.

“Bomba personnel recovered the victim’s body in a four-metre-deep hole in the river and handed the remains over to police for further action,” he said.

Meanwhile, the mother of the deceased said her son – the third of five children – had gone to the river with a group of friends to swim.

“I was at home when I was informed of the incident and I quickly informed my husband what had happened. I’m still shocked and saddened,” she said tearfully when met at the Sarawak General Hospital mortuary.

She said she last spoke to her son the night before, during which she advised him to think about his future and to utilise his school holidays effectively.