Friday, December 3
You are at:Home»Features»Retired cops treasure their fellowship 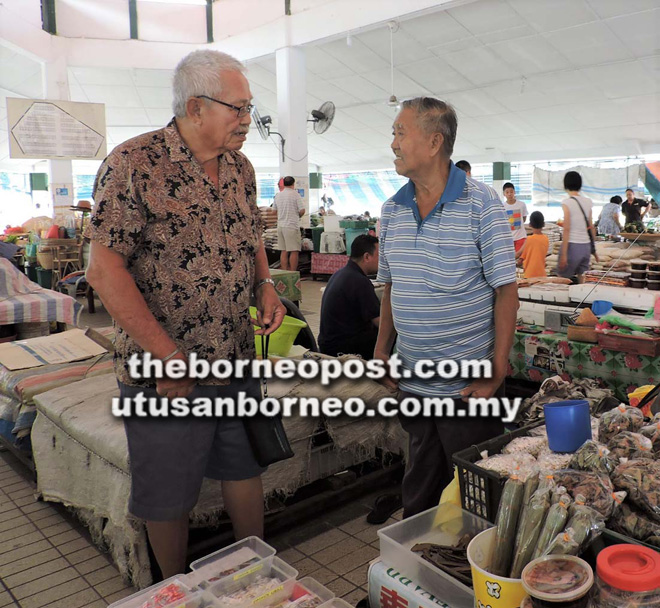 A GROUP of retired law enforcers continues to meet up regularly in coffee shops in Miri. 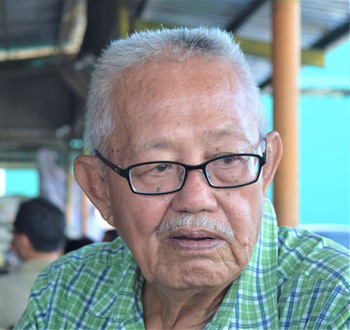 Among them is Leo Ha Thiam Luke, who called it a day more than 20 years ago.

“It’s good to for us to meet now, especially when we are already past our 60s,” said Ha, who is known as Uncle Leo to many in Miri.

“We’ve done our duty to the nation but we must never forget to do good deeds and continue our friendship and fellowship. Of course we don’t have to salute to each other or say ‘yes sir’ …” 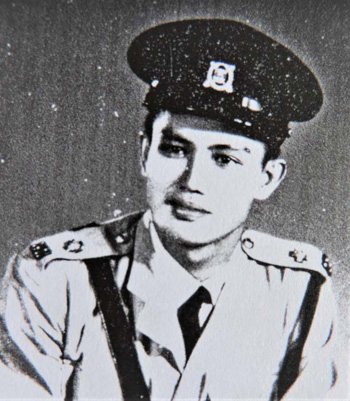 Ha as a young probationary inspector in 1957.

If only coffee mugs could hear and record what they say, there would be volumes of books published on their stories – the good, the bad, and the ugly, incidentally also the title of a Spaghetti Western starring Clint Eastwood, which could dramatically evoke what these former policemen had gone through while serving the force, particularly in Sarawak.

How do they pass the days in retirement?

Former Sgt Awang Hamdan, now a vendor at Tamu Muhibbah, is always happy to meet up with Ha and his other old friends.

He had a mild stroke recently and manning his stall at the tamu keeps him going. His wife also has her own stall there.

Every day, the couple would go to the tamu and chat with their fellow stallholders. They always smile to welcome their customers.

Awang gets to meet people and friends, who stop by for a chat. It’s a good way to pass time and be with his wife.

Ha and his friends would look him up and check on his health. They are like family. 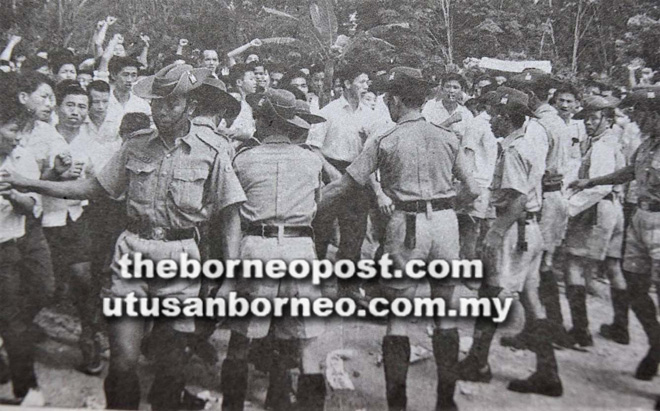 Photo shows policemen in their old uniforms controlling the crowd during the Cobbold Commission’s visit to Sibu in 1962.

Ha has been writing a lot in recent years, putting down his memories on paper. He has completed one book, hopefully to be published at the end of this year. 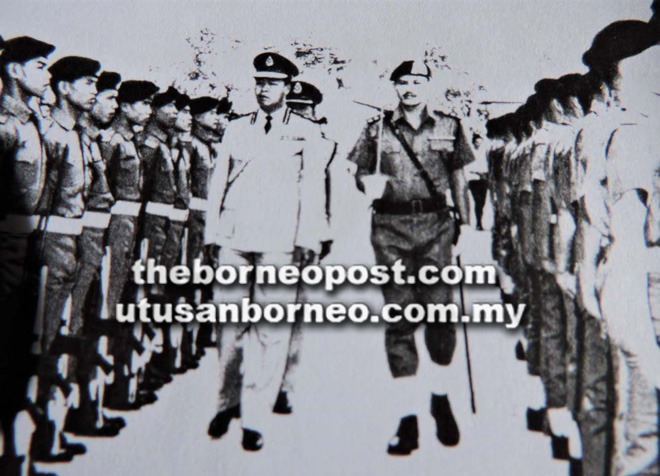 He told thesundaypost, “I have stories to tell from prewar days through to British colonial times as I joined the police force in 1957 and spent some 27 years as a law enforcer after the formation of Malaysia – until I retired prematurely in 2000.

“As a police officer, I was always happy to tell my men we all had to be honest cops. So when I write my stories, I will tell the truth.”

His brother, the late Supt Nathan Ha Thiam Soon who wrote the book ‘The Best Not Honoured’ (2013) – kept pestering him about writing his memoir. Finally, just before his brother died, he started to write.

Nathan gave Ha this advice, “Write your book, and leave it to the wisdom of the people to decide whether they want to read it or not. Even a beggar is entitled to write about himself. Write the truth and I’m confident people will want to read your book.”

While putting his thoughts into words, Ha realised he must share his experiences as a member of the police in Sarawak not only with his children and grandchildren, but also friends, relatives, and readers.

Born in 1937, Ha lived through the Japanese occupation, hiding with his family among the Ibans in the coastal areas of Kuching, where he saw his less than two-year-old sister die from high fever. His mother grieved over the sad loss for many years.

Life back then was hard. Ha and his siblings had to tough it out. By the time he went to school, he was already nine. His grandfather managed to enrol him and his siblings at St Thomas’ School in Kuching in 1949, after a few years in a Chinese primary school.

Ha remembers the principal was the English Bishop of the Anglican Church, who was assisted by Kong Yu Siong and later by Song Thian Eng. They were all very strict but also very fair.

After completing his secondary education at St Thomas’ School, Ha joined the Sarawak Constabulary as a probationary inspector on Jan 1, 1957. Sarawak was then still a British colony. He served with the police for 34 years. After retiring, he continued to work in the private security sector until 2011. 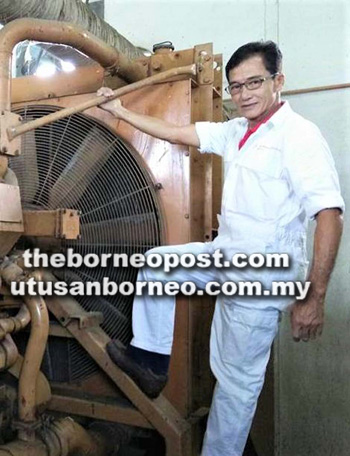 Lai is still active, working as a specialist mechanic.

Ha has a bosom pal in Robert Lai, who served in the Special Branch, Sibu, and saw action against the communist terrorists in the Rajang for almost 10 years.

Ha was stationed in Sibu for many years and got along well with the policemen there. He and Lai have plenty to talk about and share. They are like brothers.

“Our duties were tough – sometimes walking in the mud 24/7. We saw dead bodies and snakes, and heard gunshots in the middle of the night. Friends were getting killed,” said Lai.

“My father was getting old and finally got me to leave the exciting but risky job. He told me to try and earn a decent salary somewhere else without risking my life.”

Obeying his father’s wish, Lai resigned to work as a specialist mechanic with Tractors Malaysia. He left the police by giving only a week’s notice, saying it was as though fate had lined up the new job for him.

“Today, I still enjoy getting my hands dirty as a specialist mechanic with a private shipping company. I no longer carry a gun or point a weapon at a rebel. Now, I enjoy peace as a civilian. And it’s always good to meet up with old friends from the force. We are still members of a big family,” he said.

William Ngadan is now a grandfather, deriving much joy from taking his grandchildren to school or babysitting them with his wife after retiring as a member of the rank and file.

“Yes, I receive my monthly pension and also the special gratuity on retiring in Miri. Many of my rural-based colleagues did not receive their special gratuity,” he said.

A policeman’s job is certainly no stroll in the park.

According to William, in dry months, detectives from the crime branch had to walk for days to investigate a case. After retiring, many of his friends now live in longhouses while their children leave to seek better job opportunities in towns and cities.

“Whenever we can, we meet. We have lots to catch up on,” he said, alluding to the close fellowship between him and his former police mates.

Vincent Ajeng started out as a police constable, earning a small monthly salary of $100. He worked his way up the ranks and was a superintendent when he retired.

“Life wasn’t that easy in those days, especially for us policemen. We did our rounds in town, not knowing if our heads would be clubbed by some bad hats – or even insurgents. I remember the many orders I received were quite dangerous but I carried out all of them,” he said.

Vincent was once sent to accompany a contractor, who had to bring dynamite to Pelagus. It was election time and all the boats were rented out.

“Maybe the police had expected me and my men to walk from Belaga to Kapit,” he said.

After their duty in Pelagus, they waited several days for a boat to take them to Belaga. They were almost out of rations.

“As the culture of the Kayans would permit, a boatman offered us a lift. I didn’t care if the boat was flying the flag of the opposition. We hopped on board, and on reaching Belaga, took a motor launch to Kapit, then boarded an express boat to Sibu.

“Tuan Leo was reprimanded as the officer who gave me the orders. Like me, he too almost lost his job. We never knew who would point a gun at our head when serving in the force,” he recalled.

One issue the group have been sharing in recent days is the special gratuity for policemen – six years after it was given out in 2012.

The former Prime Minister announced in Parliament during Budget 2012 that all ex-policemen, who had served between 1948 and 1962 in the peninsula and between 1962 and 1974 in Sabah and Sarawak, would receive a payment of RM3,000 from the government plus an extra RM1,000.

The announcement was applauded by the ex-policemen – both officers and men. Those who were aware immediately rushed to fill the forms at police centres, stations or districts where they were residing.

Some felt it was a lottery from heaven. In fact, many received their cheques within a month or so, some after a while, and some only after several applications. But there were also those who were rejected as their names were not on the list.

Those who did not receive any news about their payments made inquiries at police stations. They felt they had been unfairly denied.

Ha was one of those who did not receive the gratuity after filling several forms.

He said nobody seemed to make any effort to find out the reasons for the non-payments, adding that many questions needed to be answered as it was not fair to deny those who had sacrificed so much for the country.

One ex-policeman said he was very angry for being bypassed. He was very hopeful when the announcement was made but became very disappointed on discovering he was left out.

He said he didn’t want to be bothered by it anymore. It has already been more than five years.

“But I just don’t understand because some didn’t apply, yet got the gratuity. It’s definitely not fair to many of us.”

Retired policemen have lots of stories to tell.

They often get together to share their experiences. Retirement is sometimes not easy, especially for those injured while carrying out their duties and are now disabled.

After sacrificing so much for the nation, these forgotten heroes can proudly hold their heads up high. They fully deserve recognition for putting their lives on the line in the defence of the country. Just rewards for them are certainly in order.