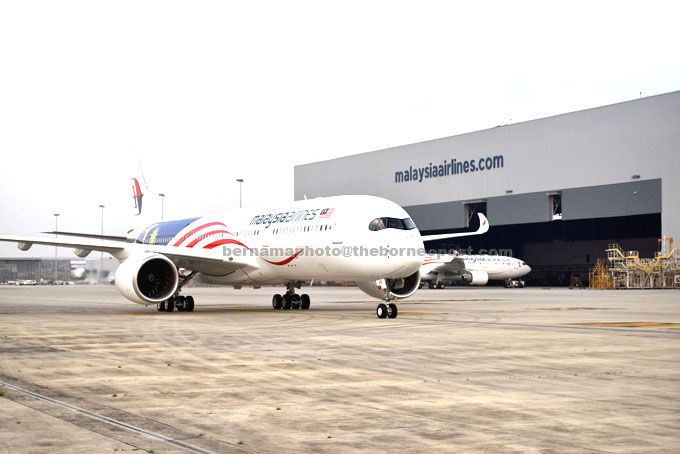 In the face of increased competitor capacity, coupled with weak demand conditions due to Ramadan, revenue per available seat kilometre (RASK) also remained steady with a growth of 2.0 per cent y-o-y, the national carrier said in a statement.

It did not disclose revenue and profit numbers, but said the first half of 2018 was “extremely challenging” as the airline was hit by many factors, including escalating fuel prices (up by over 37 per cent y-o-y), industry-wide overcapacity resulting in demand and yield pressures, and pilot shortages.

“Despite this, the airline managed to hold its position with stable performance posted for the quarter,” it added.

Khazanah Nasional Bhd, its sole shareholder, was reported as saying earlier this year that it expected Malaysia Airlines to show a profit this year.

Malaysia Airlines Group chief executive officer Izham Ismail said the carrier had been undertaking its biggest ever transformation over the past three years, cutting comparable unit costs by 5.0 per cent during the period.

“The airline had seen good traction for the last three quarters after a weak 2017 with yield and RASK showing positive improvements.

“However, we are also facing pressure from escalating fuel prices, foreign exchange (forex) volatility and overcapacity in the domestic market,” he said in the statement.

He added that overcapacity has also led to a worldwide pilot shortage, further exacerbating the situation and hampering its growth.

Despite this, he said, relatively steady results were seen in the quarter from pre-emptive initiatives taken, including better capacity management as well as leveraging on the flexibility of our fleet type to navigate operational constraints.

“We remain committed to drive through our planned initiatives for the remainder of this year whilst putting in place proactive and defensive strategies to deliver profitable performance in 2019.

“We will continue to drive yield by implementing effective pricing strategies and delivering better value products to our passengers,” he said.

Moving forward, Izham said the group maintained its cautious outlook for fiscal year 2018 with potential volatility on the horizon from forex and escalating fuel prices.

“While the global economic situation remains volatile, we remain cautiously optimistic about the demand environment, both domestically and in the Asia-Pacific region.

“The group will continue to be prudent in controlling capacity and has already rationalised domestic route frequencies, allocating the group’s aircraft where we see the best potential returns,” he said.

According to Izham, the airline’s focus remains on improving yield through better pricing strategies, especially on premium segments of business class and corporate sale.

On pilot shortage, it said proactive steps were being taken to address this issue as quickly as possible, which included merging and upgrading flights to be operated by its wide-body aircraft to help cover gaps caused by the shortage of B737 pilots.

The airline has also put in place an extensive pilot training programme, implemented in August 2017, alongside recruitment drives.

Last month Malaysia Airlines received its sixth and final A350-900 aircraft, which will be deployed on the double daily London route.

The airline is maximising its assets by using certain aircraft types, such as the A350-900 and the A380-800, opportunistically during peak seasons to high traffic markets.

The quarter under review also saw the arrival of three of the A330-200s, bringing the current total fleet to five.

The aircraft have enabled Malaysia Airlines to be more competitive in the fast-growing Asia-Pacific aviation market, allowing the airline to up-gauge from a narrow-body on high demand markets, significantly improving the customer experience whilst also generating better revenue.

The agreement would see Malaysia Airlines transporting over 70,000 pilgrims not just from Malaysia but also from neighbouring countries such as Indonesia.

With a total of 149 flights, operated via Malaysia Airlines’ Airbus A380-800 aircraft, the agreement represents the highest number of scheduled flights for the umrah season to date for Malaysia Airlines. — Bernama