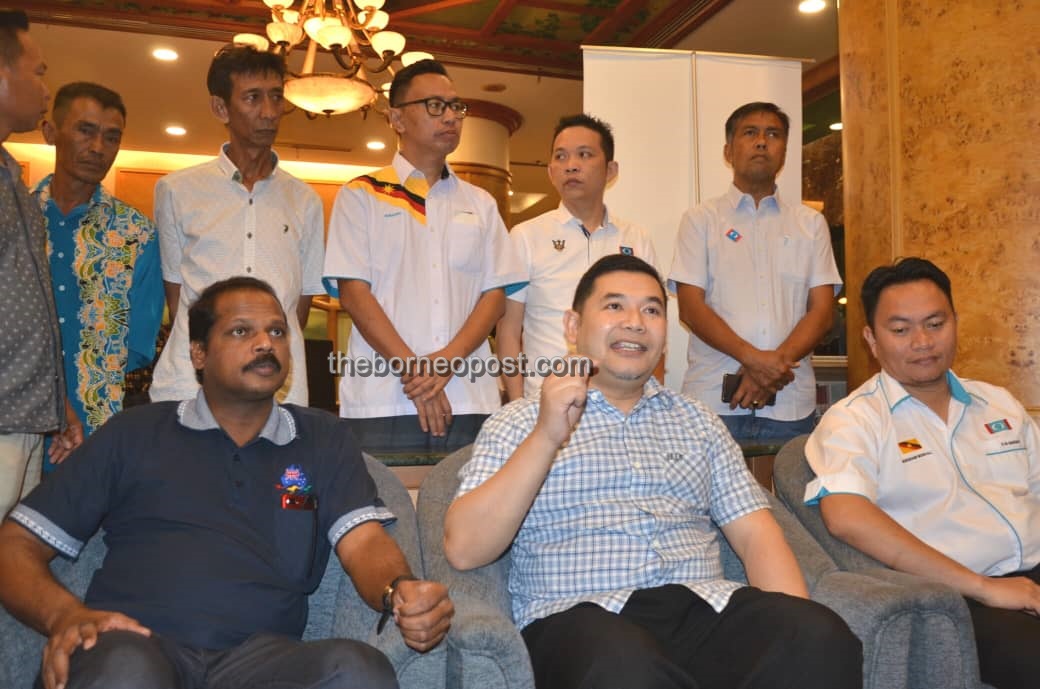 SIBU: Parti Keadilan Rakyat (PKR) will be able to penetrate Gabungan Parti Sarawak (GPS) strongholds in the rural areas during the next state election if the party uses the similar scientific-based election campaign that had been deployed in Peninsular Malaysia.

PKR vice president Rafizi Ramli believed that such approach would be effective if they follow through the campaigning method consistently.

“I don’t think any party is invincible or any fortress is too strong provided that we do enough work on the ground to understand what matters most to the public.

“Now is the good time for us to get our grassroots leaders in Sarawak to refocus if we have adopted a similar approach that we have adopted in the peninsula. I am sure that there will be more than enough areas for us to penetrate which previously we considered as GPS strongholds in Sarawak,” he told reporters during a press conference here yesterday.

Rafizi who is challenging Datuk Seri Mohamed Azmin Ali for the deputy president post in the party’s election was in Sibu to attend a gathering with local PKR members here yesterday.

On Sunday in Kuching, he had said that PKR must win at least 18 seats in the next state election to take over as the new Sarawak government.

Earlier, he said that the party had the same fear and consideration when they had to penetrate Umno’s strongholds in certain seats in peninsula states namely Negeri Sembilan, Melaka, Johor and Perlis.

These were states where PKR never had any breakthrough, he said.

“But what we did was we spent enough time to collect data and to understand what issues matter to the public, to assess our own strength and to organise grassroots based machineries and movement.

“Our experience in other state which obviously you have seen with enough understanding of what matters to the public on the ground…certainly we can mount a credible challenge.

“In the case of Johor, Melaka and Negeri Sembilan, we not only managed to penetrate but we actually took over the state,” he said.

He added: “But time will be of essence because unlike traditional campaign where we go there and campaigning in the dark, in today’s election we need time to collect data to understand what is on the ground.

“That is why timing is quite important. We have about two years,” he said.