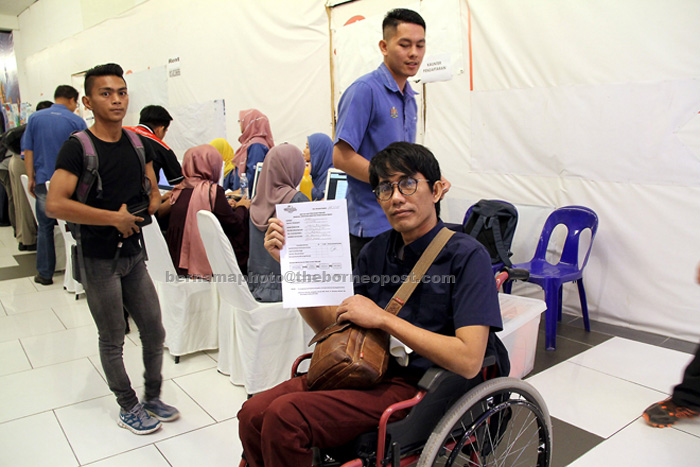 He said the assurance not only addressed minimum wages but also on other development-related matters in Sabah.

“I’ll definitely discuss with (Tun Dr Mahathir) on other things too what we demand not only in term of getting the minimum wages.

“But we also talk about Sabah population which is small in numbers but bigger (state) in size,” he told the press after launching the Job Carnival 5.0 programme in conjunction with Sabah Career Tour 2018 here yesterday.

Mohd Shafie said although the population was smaller, the needs of those living in remote areas to enjoy basic amenities should not be marginalised.

“I’m so glad that changes should be done and what had been spelt out previously would be fulfilled. I think this is in line with what we had been saying before the election,” he said.

On Saturday, in a dialogue session during the Congress on the Future of Bumiputera and the Nation, Prime Minister Tun Dr Mahathir Mohamad touched on the implementation of policy and development in Sabah and Sarawak.

Dr Mahathir assured that the government would provide fair treatment to Sabah and Sarawak and will not differentiate the two states with those in Peninsular Malaysia.

The programme, being organised by Sabah Labour Department, will tour to several locations starting from Kota Kinabalu today to Kudat, Kota Marudu, Ranau and ends in Keningau on Sept 6. — Bernama