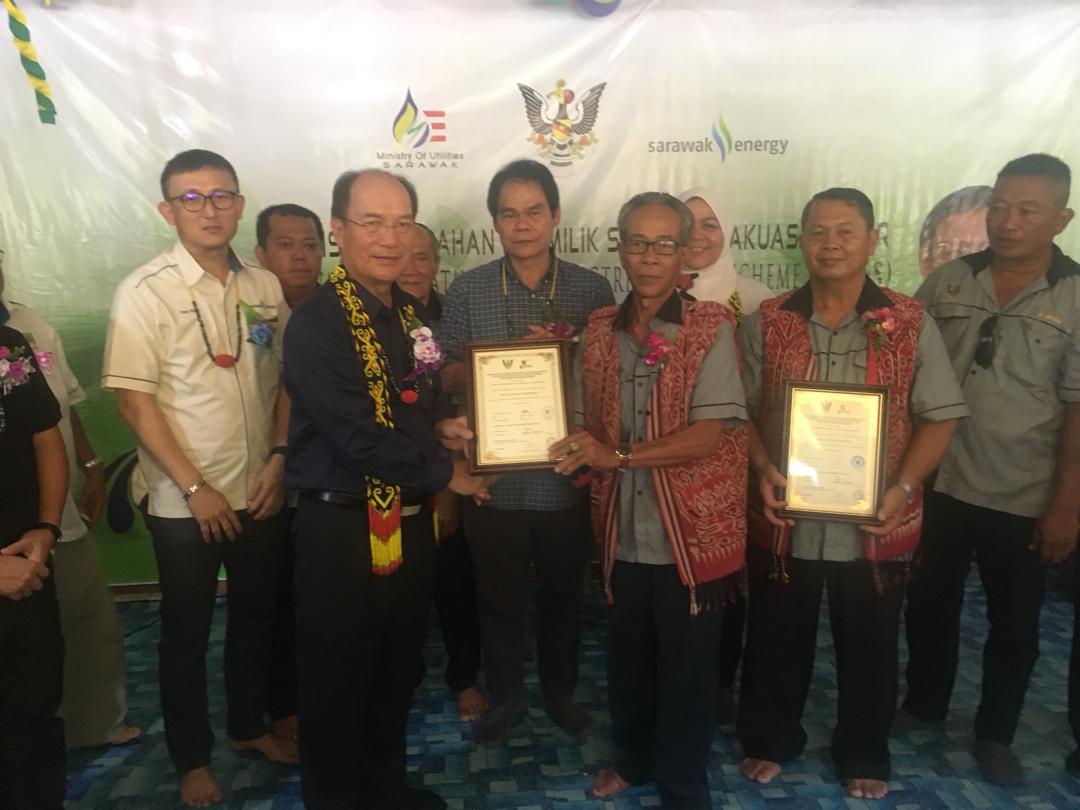 Gerawat (second left) presents a certificate of ownership to Tuai Rumah Lajang Manggie, and witnessed by Anyi (back row, middle), Sherrina (on Anyi’s left) and others.

“The project, which cost RM7.8 million, will benefit approximately 128 households with 809 residents,” he said at the ceremony to hand over ownership of Sares systems at Rumah Rok today.