Wednesday, June 16
You are at:Home»News»Sabah»RMN supportive of maritime activities 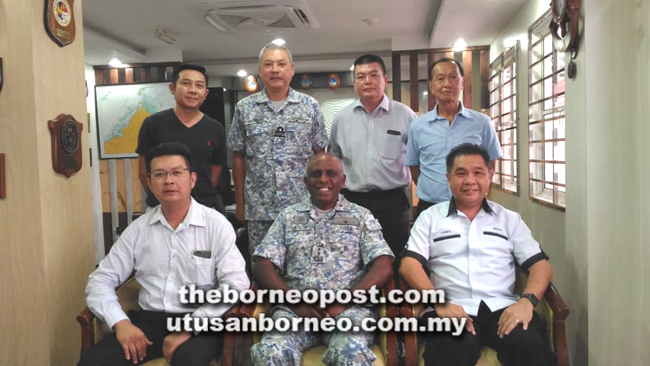 Ganesh (seated centre) with (seated from left) Paul Wong, James Leong and others during the courtesy call

SANDAKAN: The Royal Malaysian Navy (RMN) will continue to be supportive of efforts to enhance rapport with the maritime community.

He also told the visitors that the navy was also supportive of efforts to promote maritime activities by the local community.

Wong thanked Ganesh for the assistance extended by RMN towards the club’s activities over the years and looked forward to its continue support. The Sandakan Yacht Club will be organising the Sandakan Regatta/ Sandakan River Race/ Sabah Closed this Nov 23 to 25, Wong said.

The annual three-day regatta is the biggest sailing event in the east coast of Sabah, Wong said.

More than 60 sailors, mostly students from throughout Sabah and Brunei Darusalam have participated in previous editions of the event, and Sandakan Yacht Club hopes to have a similar number or more participants this year. The regatta in Sandakan is the final event of the Sabah Sailing Association’s annual calendar of activities, Wong said.

Wong also extended invitations to the navy in Sandakan to participate in the 2018 SYC Halloween Night Run slated for Oct 27.