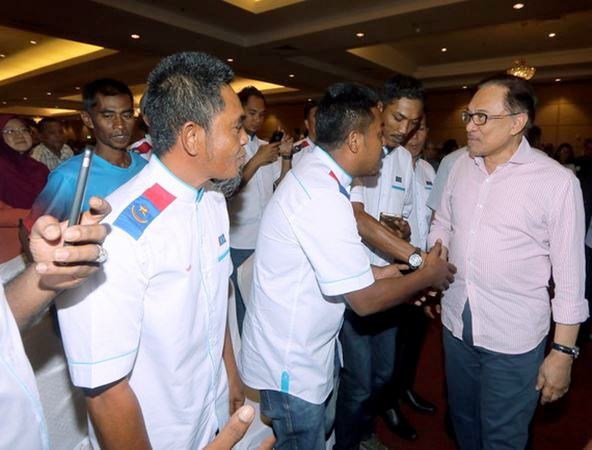 He said the campaign for the party polls had been ongoing for about a month, so the party machinery should have no problem to focus on the soon-to-be-held by-election.

“The proposal (to postpone the polls) is good, we all have to focus on the two elections…but between party post and parliamentary seat, which is more important?

“You have been campaigning for the party polls for about a month, I think that’s enough, now let’s focus on Port Dickson,” he said when addressing about 1,000 PKR members at the New Malaysia Agenda programme at the Melaka Internatinal Trade Centre in Ayer Keroh here  last night.

Also present was PKR vice-president Shamsul Iskandar Mohd Akin, who had earlier called on the PKR Central Election Committee for postpone the party polls until after the Port Dickson by-election.

Meanwhile, Anwar reminded party members to elect leaders who would do their best for the people and to strongly reject those who were corrupt.

He said those who committed abuse of power and corruption, especially during the party polls, would not be forgiven.

Speaking to reporters later, Anwar said his current health condition was good for him to serve as a Member of Parliament and Prime Minister, if that was what the people wanted.

He said his injured shoulder still required physiotherapy treatment once a week, but that would not stop him from serving the people.

“Alhamdulillah…I’m in good health…this shoulder may take a while to (to recover), but I can do the physiotherapy in Port Dickson,” he said jokingly. – Bernama