Monday, February 17
You are at:Home»News»Sabah»Different ideas should be celebrated from both ends of the spectrum – Syed Saddiq 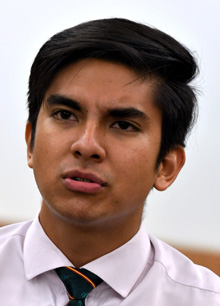 KOTA KINABALU: In the spirit of Malaysia Baharu, different ideas should be celebrated from both ends of the spectrum.

Whether they are from the government or the opposition, what matters is they are entitled to their freedom of speech, said Federal Youth and Sports Minister Syed Saddiq Syed Abdul Rahman.

He said this in light of eight youths apprehended by police during an assembly at Gaya Street, this morning.

“I’m always a firm believer in freedom of expression and assembly, as long as it’s done peacefully. From what I was made to understand, it was very peaceful and that’s what matters,” he said.

The youths were arrested during an assembly at which 10 “demands” were protested, namely equal education opportunities, poverty, job opportunities and improved public transportation.

According to Saddiq, who had gone down to the police station shortly after the arrest was made, authorities gave assurance that the youths would be released immediately.

Allegations that they were roughened up will be investigated, while police assured that whoever responsible would be brought to justice.