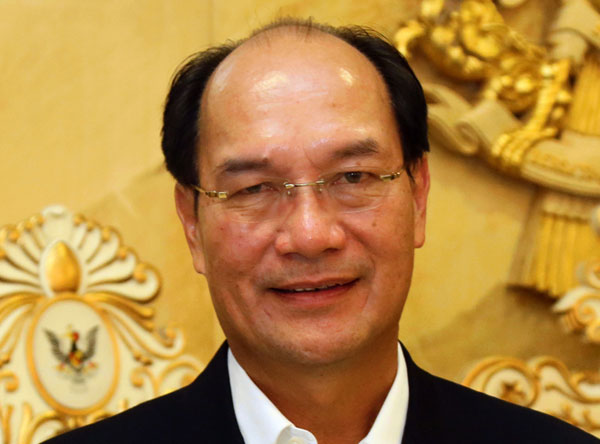 KUCHING: The intent and effect of the amendment on the Sarawak Land Code as explained by the Deputy Chief Minister Datuk Amar Douglas Uggah Embas is to give legal recognition to Pemakai Menoa and Pulau Galau (PMPG) or Native Territorial Domain (NTD) as termed in the amendment.

Prior to the amendment, the Federal Court ruled that PMPG has no legal force and that the use and occupation of land as PMPG under Iban custom does not give the claimants any right to the land, said Mulu assemblyman Datuk Gerawat Gala, who is also Parti Pesaka Bumiputera Bersatu (PBB) vice-president.

In other words, the Federal Court ruled that PMPG is not NCR land, he explained.

Even the right to use the land as PMPG (otherwise known as usufructuary right) was not recognised by the court as the custom relating to PMPG had no force of law according to the court’s decision, he elaborated.

Gerawat, a lawyer by training, reminded people that the Sarawak  government could have chosen not to amend the Land Code and abide by the decision of the court which is perfectly legitimate but that would have meant that the native community can only have their NCR land but not their PMPG otherwise described as NTD in the amendment.

He was referring to the Iban Temuda area (occupied land) when mentioning NCR land.

“As a responsible government that recognises and understands the predicament faced by the native community arising from the court decision, Sarawak government leaders took steps to amend the law so as to give legal recognition and effect to PMPG otherwise known as NTD,” he said.

Section 6A of the amendment clearly states that NTD is now given legal recognition as a proprietary right, which the community can use and own.

The amendment provides for issue of document of title in perpetuity over the NTD to the community and such title is as good and as valid as any title issued under Section 18 of the Land Code.

The amendment has given full legal recognition and protection over NTD to the native community via the issue of title to the NTD. It is not just limited to usufructuary right as alleged by some NGOs.

The reference to usufructuary right in Section 6A is merely the process to establish NTD, explained Gerawat.

“The community must have used the area for foraging and gathering which is usufructuary right over the land or the PMPG for the same to be recognised as NTD.

“Surely the native community has every reason to be grateful for the amendment as it has given them a right to use and own land (NTD) which they did not have prior to the amendment,” he said.

The NTD land is different from NCR land which has always been recognised and provided for in Section 5 of the Land Code, he added.

The NCR land is land cleared and cultivated before 1957 whereas NTD land is jungle land (as provided in the amended Section 6A of the Land Code) that has not been cleared or planted but located immediately next to or conjoining NCR land and used by the natives for foraging before 1957 or since then reserved for such purpose.

NTD land is additional land area over and on top of NCR land as provided by the Sarawak Land Code.

Any allegation that the amendment has taken away NCR land or in any other manner affected NCR land is clearly without legal basis, he added.

Gerawat noted that the challenge to Uggah for a public debate to be aired live over TV1 is inappropriate and will not solve anything, and also it may even aggravate inter- and intra-community sentiments on the issue.

Engaging in a debate would suggest a party having to win over the other, which is a very confrontational approach, he reasoned.

“My suggestion to any NGO or organisation that wish to hold forums or engagement sessions relating to the amendment is to invite and include speakers from the Attorney General’s Chambers or from Majlis Adat Istiadat as they are the parties who were involved in drafting the amendment and are in position to explain and clarify the amendment ” he said.

On Sept 19 Uggah came out in the newspaper expressing his surprise that the organisers of the PKD 2018 were still ignorant of the mechanisms of the new law on NCR land.

Telang Usan assemblyman Dennis Ngau then came forward urging all Dayak communities to support Uggah as he was one of those instrumental in initiating the amendment to the Sarawak Land Code otherwise the PMPG would not be given force of law like previously.