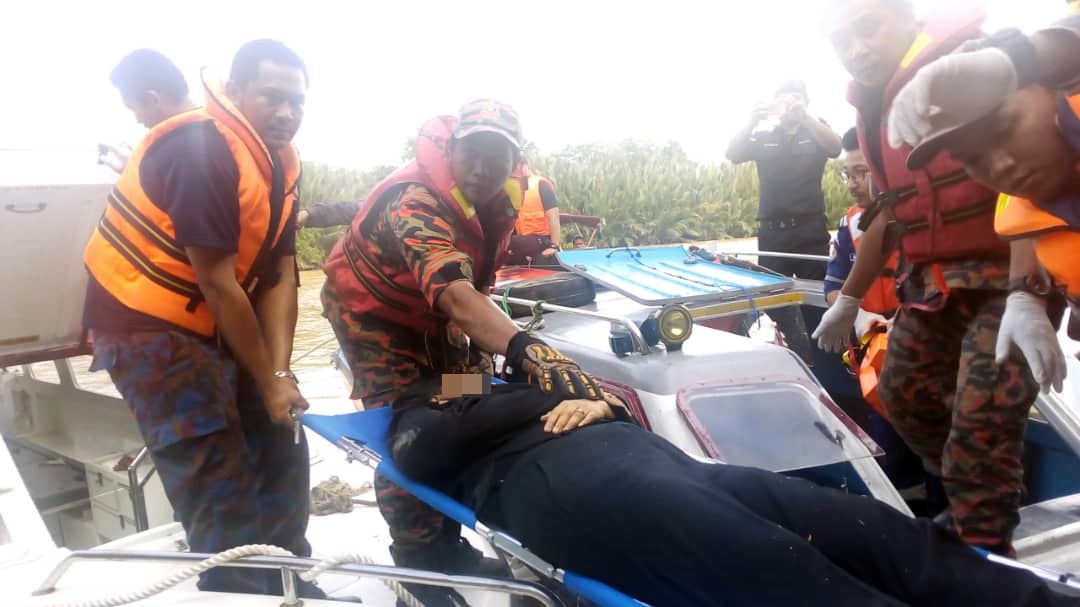 Members of the SAR team conducting their operation to get all victims of the unfortunate incident on safer ground.

The incident involved a passenger boat carrying six passengers from Limbang and a Bruneian speed boat with 20 passengers.

The four who died in the incident were identified as Mohd Nazmi Marali, 21, Awang Syukri Awangku Rizan, 7, and two Bruneian women. However, the identity of the two Bruneian women were not provided as of press time.

In a statement to the media today, State Fire and Rescue operation centre said they had received a distress call on the incident at around 2.19pm and had formed a search and rescue (SAR) team comprising various agencies including the police, Malaysian Maritime Enforcement Agency, Fire and Rescue Department from Limbang, Miri and Brunei, Brunei ambulance, Brunei marine police, Civil Defence Force as well as the villagers on board their boats.

Syarikat Shell Negara Brunei also deployed a helicopter to assist in the search and rescue operation.

Limbang District police chief Supt Mohd Bukhori Saffai, when contacted, said the operations commander reported the first victim, Awang Syukri, was found by the public at around 5.30pm at a distance of 100 meters from the scene.

The second victim, Mohd Nazmi was found by the villagers at around 5.51pm not far from the location where the first victim was earlier found. Both victims were handed over to the police.

Meanwhile, the two Bruneian women succumbed to their injuries and died in the rescue boats.

The incident also resulted in another two Bruneians badly injured.

All victims of the incident from Brunei were sent back to their country as the incident had occurred in Malaysian waters.

The SAR operation ended at around 6.01pm.