Friday, June 25
You are at:Home»Business»Govt to reduce direct equity ownership in companies 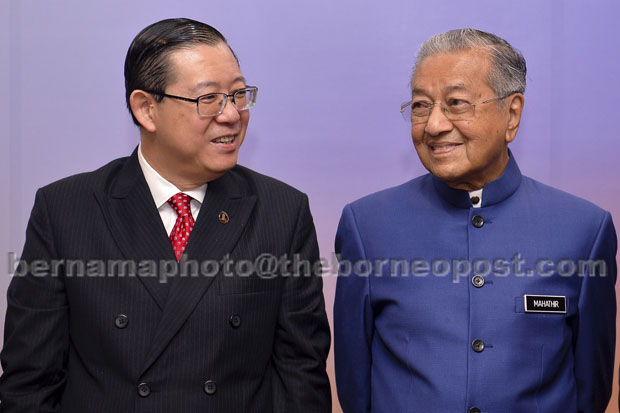 KUALA LUMPUR: Finance Minister Lim Guan Eng said the government will reduce its direct participation in the equity ownership in companies and let the private sector take the lead in the economy.

He said the new government believed in the dictum that “the business of the government is not to be in business” and as such, the coming years would see a slew of programmes designed in part to unleash the full potential of the private sector.

“We will be unleashing the power of the private sector and reduce the crowding out effect caused by the government.

“In addition, we will also be able to gradually realise the value of government-owned assets and utilise these proceeds to pare down our debt obligations,” he said in his speech at the “Malaysia: A New Dawn Investors’ Conference” yesterday.

He said the government would play its role as the single largest buyer in the country to promote efficiency and competitiveness of the private sector.

In the meantime, he said that there would be no cancellation of Public-Private Partnership (PPP) projects and these would continue but under a different format and mechanism.

Lim said a new PPP 2.0 model would be applied for all PPP projects that were still waiting for approvals as well as any projects in the future.

Through this process, the private sector will be revitalised as land assets can be sold to entities which are best able to maximise returns from their investment on the property while projects will go to companies which are most competitive and competent, he explained.

Lim cited examples whereby previously, an overwhelming majority of PPP projects were discovered to have been directly negotiated with contractors carrying out government projects such as building new affordable homes, schools, police stations, fire stations and army camps, in exchange for government land instead of being paid in cash.

“But unfortunately, they were negotiated directly so we do not know what is the real cost of the public project, or the real value of the government land being sold or exchanged.

“Under such opaque terms, corruption, extraordinary profits to crony companies and poor returns on investment were rife.

“Such a direct negotiated process perverted the model of PPP into a piratisation exercise or crony capitalism. Through direct negotiation, the real value of the government land was invariably under-priced whilst the cost of public works project was over-priced,” he pointed out.

However, the new true PPP model or PPP 2.0 will decouple the land swap by carrying out open auctions for the land to be sold while at the same time executing an open tender for the project to be built.

This would enable the government to achieve the highest revenue for the asset disposal while receiving the best value for the project to be awarded, he added. —Bernama