Tuesday, June 15
You are at:Home»News»Sabah»Elephant killed in fight with herd 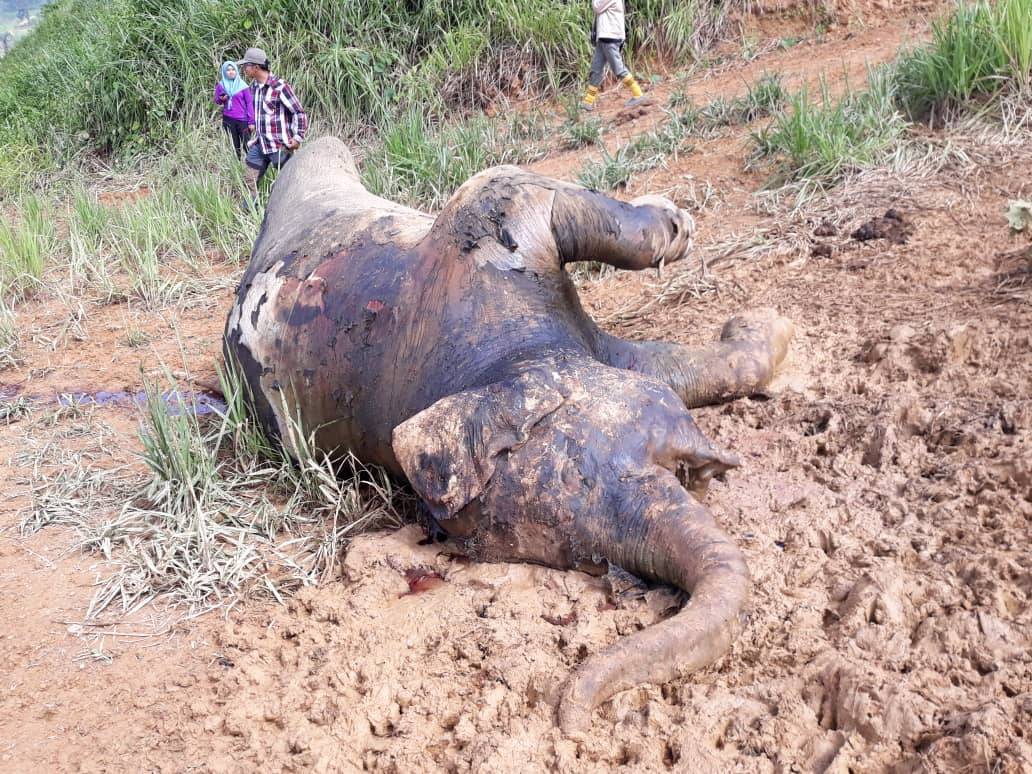 KOTA KINABALU: Another elephant has been found dead in the Gunung Rara Forest Reserve in Tawau.

In a statement yesterday, Sabah Wildlife Department (SWD) public relations officer Siti Nur’ain Ampuan Acheh said that there is a possibility that the elephant was killed in a fight with an elephant herd.

Its carcass was discovered by an officer of Rakyat Berjaya Sdn Bhd and SWD was informed thereafter, said Siti.

“The next day, a team comprising of an investigating officer, a veterinarian officer and staff from the Sabah Wildlife Department went to the site to investigate and conduct a post-mortem,” she said.

She added that based on the physical condition of the elephant, they believed that it had been dead for more than five days.

“It is a female estimated to be about 12 to 15 year of age with a height of about six feet high,” she said.

She also said that a physical examination of the carcass found no bullet wounds or injuries. Metal detectors were also used, and no metal objects were detected on the body.

However, post-mortem examination found cracks on the temporal part of the elephant’s skull, she said.

The left jugal bone was also disjointed from the main skull; while the frontal and nasal bone were found to have deepened cracks suggesting possible head-on trauma, she said.

“The severe head trauma might have caused neurological damage and severe bleeding in the head which led to the elephant’s death.

There is a high possibility that a fight within the elephant herd was the cause of the death.

Workers working in the area reported seeing about 40 elephants in the surrounding area prior to the discovery of the carcass,” she said.

SWD director Augustine Tuuga, when contacted on the possibility of translocating all the elephants to the lost world in Lahad Datu to stop more elephants from dying, answered that elephant fights do occur and the elephants were already at their natural habitat.

“Where else to move them?” he asked.

He also said that even if the elephants were to be translocated, they would find their way back to their place of origin.

He confirmed that this was the 27th elephant found dead this year.