Wednesday, December 8
You are at:Home»News»Sarawak»Association donates rice for needy families through home 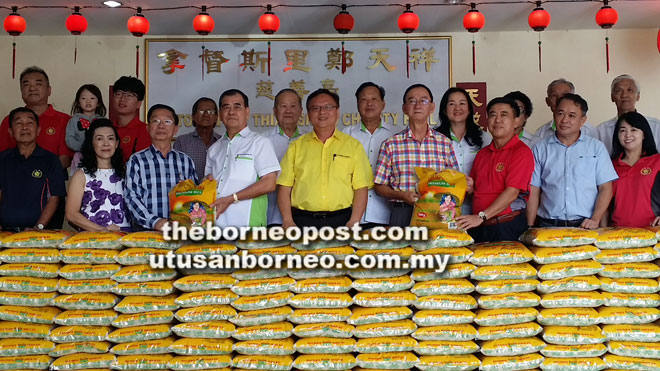 The home provides assistance to over 300 needy families monthly.

In his address, Lo said other community-based organisations should emulate Tai Poo association by helping with donation not only during festivals like the Lunar New Year but also at other ordinary times.

“When there are too many donations during festivals, it may result in wastage. Hence, it is more practical to arrange a schedule with the Home.

“In this way, the Home wouldn’t have to worry about seeking donations and no donation would go to waste,” he said.

Lo said he wanted to see a reduced number of Chinese residents at old folks homes such as Hun Nam Siang Tng.

He added that the Chinese community had been promoting the value of filial piety but it seemed that some old folks particularly the Chinese wound up at the Home.

He said the Home presently has 29 residents of whom 16 are males.

Apart from supplying packets of rice to over 300 needy families each month, Tay said they also provided assistance to fire victims and were involved in other charitable activities.

He thanked various individuals and corporations for their continual support which enables the Home to keep up with its efforts for six decades.

“We hope more people, associations and private companies would join our efforts to help and care for the less fortunate of the society,” added Tay.