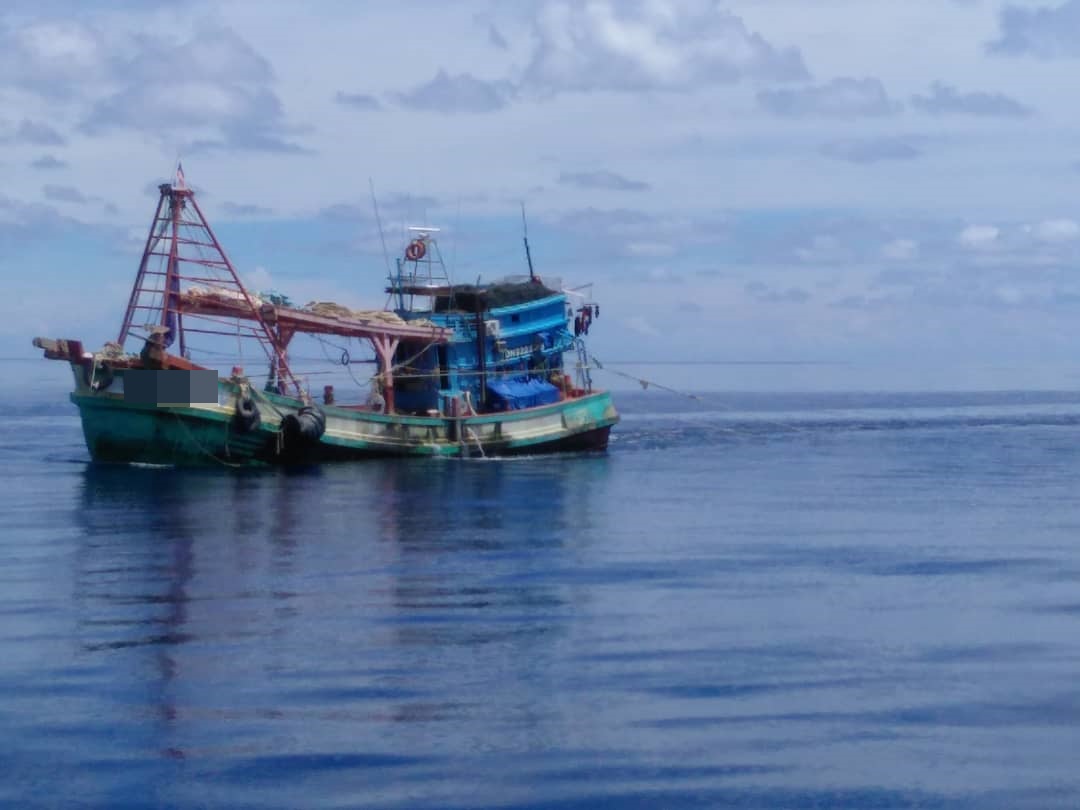 One of the cargo vessels detained by MMEA on Oct 16.

The vessels were detained as they were suspected of committing offences under the Fisheries Act 1985, Immigration Act 1959/63 and the Merchant Shipping Ordinance 1952/1960.

According to MMEA District 13 director Captain Md Fauzi Othman, the suspicious vessels were first sighted at around 1.15pm by a MMEA patrol boat.

“At about 1.15pm, MMEA patrol boat had detected two fishing vessels at a distance of about two nautical miles from our boat, suspected of illegally fishing by performing tow coupling activities.

“At about 2.30pm, one of our two patrol boats detained a cargo boat at a distance of about 45 nautical miles from Tanjong Lobang beach,” said Md Fauzi.

“The other cargo boat had attempted to flee the scene. After being chased down by our patrol boat for approximately one hour, a ‘force boarding’ had been made and managed to detain the cargo boat,” he added.

“A total of 39 crew members who are Vietnam nationals including the skippers aged between 20 and 52 years old were arrested to assist in the investigation. Out of the total number, 18 crew members on board the vessels did not have any valid identification documents.

“Fifteen thousand kilogrammes of marine catch valued at about RM500,000 were also seized,” he added.