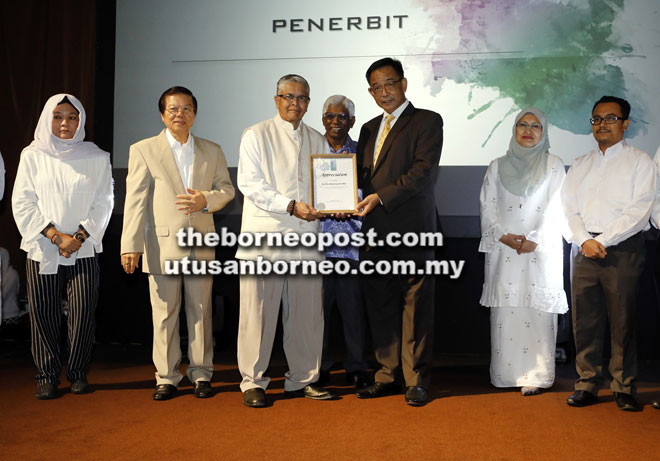 KUCHING: An allocation of RM250,000 has been set aside for Pustaka Negeri Sarawak to serve as incentives for local authors and publishers to attend courses and festivals related to writing.

Such incentive, according to Chief Minister Datuk Patinggi Abang Johari Tun Openg, would be disbursed beginning next year.

The recipients, comprising local authors and publishers, would be identified by a special committee, he added.

It is understood that the allocation would be channelled under the Ministry of Tourism, Arts, Culture, Youth and Sports.

“I hope that such incentive would strengthen the writing industry in Sarawak, and Malaysia as a whole,” Abang Johari said during the ‘Sarawak Authors Festival 2018’ gala dinner on Thursday.

His text of speech was read by Minister of Tourism, Arts, Culture, Youth and Sports Datuk Abdul Karim Rahman Hamzah.

Adding on, the chief minister said the incentive programme would further position Sarawak to be among the frontrunners in the writing industry, especially with Kuala Lumpur being tipped by the United Nations Educational, Scientific and Cultural Organisation (Unesco) to become the ‘World Book Capital City in 2020’.

“Due to the advancement of technologies, it is vital for local authors to keep themselves updated and produce books that are relevant to the current and future needs – or ‘Books for the Future’.”

On another note, Abang Johari commended the five-day festival hosted by Pustaka Negeri, which concluded yesterday – hailing it as a platform to inspire young authors to preserve the industry in Sarawak.

“This year, the festival is targeting the participation from every level of society, age, writing genres and publishers – to inspire the would-be authors,” he said in his speech, read out by a member of Pustaka Negeri Sarawak board of management Dr Abdul Rahman Deen.

The gala dinner also hosted the presentation of ‘Sarawak Publisher Award’ to See Hua Marketing, which was represented by its event manager Dorge Rajah.

Several books written by local authors were also launched at the event.