Tuesday, September 27
You are at:Home»News»Sarawak»Sarawak Run 1.0 sees some 650 runners do their bit for charity 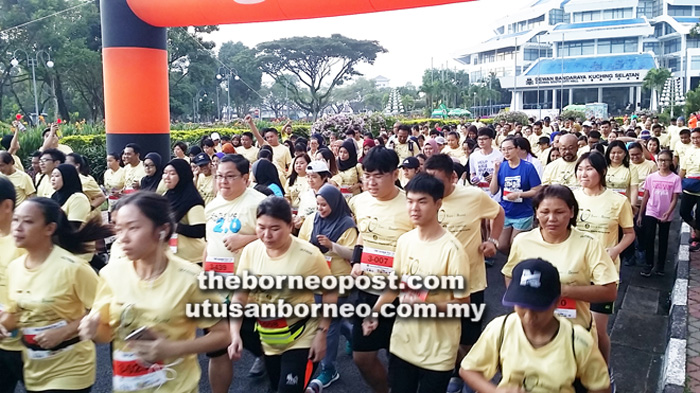 Participants of the 3km category begin their run.

KUCHING: Some 650 people from all walks of life took part in ‘Sarawak Run 1.0’ organised yesterday by the Federation of Malaysian Manufacturers (FMM) in conjunction with its 50th anniversary.

FMM president Dato Soh Thian Lai said he was delighted to note that participants enjoyed the healthy activity while doing their part for charity at the same time.

He also announced that RM1,226 from the total amount of participation fees collected would go to Kuching Life Care Society.

Prior to the 6.30am flag-off, a warm-up session for runners was held in the form of a Zumba session.

The event was divided into two categories, namely the seven-kilometre competitive run and a three-kilometre fun run.

Established in 1968, FMM represents over 10,000 member companies from the manufacturing supply chain.

The federation is actively engaged with the government and its key agencies at federal, state and local levels besides maintaining close rapport with international organisations and Malaysian businesses. 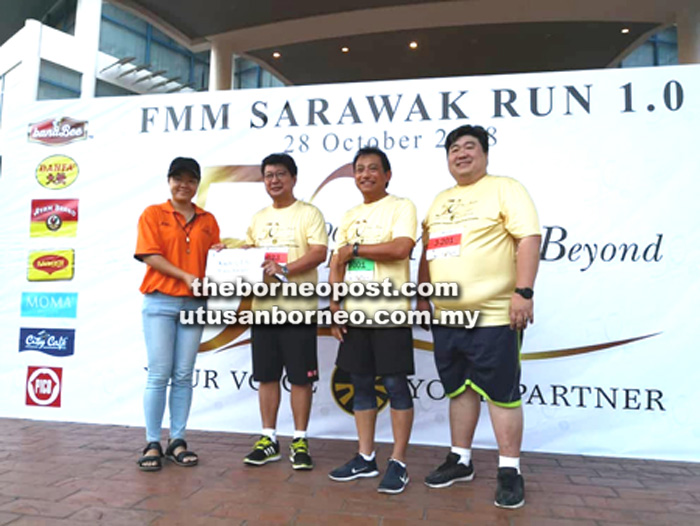 Soh presents the cheque to Chua (left), witnessed by others.