Sunday, May 22
You are at:Home»News»Sabah»Anak Negeri to consider joining GBS if invited 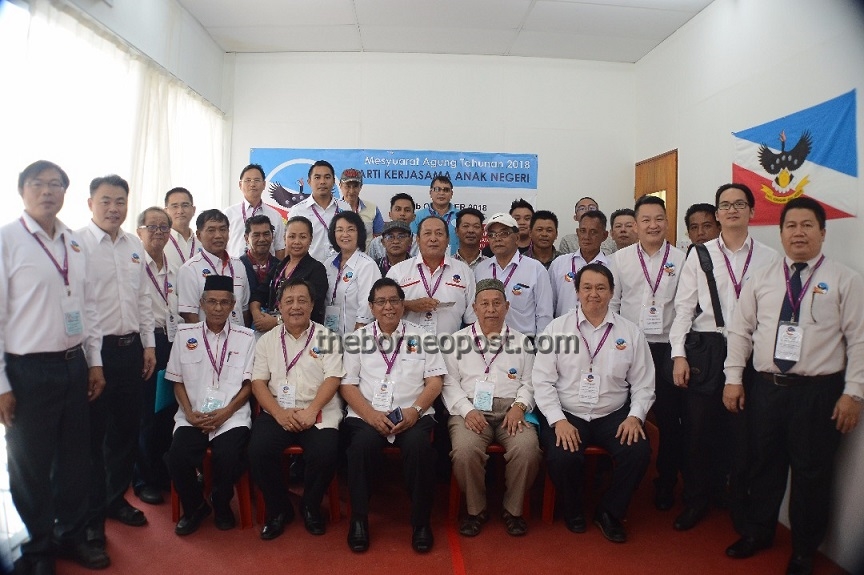 KOTA KINABALU: Parti Kerjasama Anak Negeri has described the formation of Gabungan Bersatu Sabah (GBS) as an important political development that could potentially change the dynamics of opposition politics in the state.

Reading his policy speech during the party’s annual general meeting last Saturday, its president, Datuk Henrynus Amin, said Anak Negeri in principle fully supported the formation of an alternative political grouping to serve as a strong, credible and effective opposition voice in the state Assembly.

He said while GBS consisted only of political parties with elected officials, and Anak Negeri was not invited to be part of it for obvious reason, the party would continue to engage political parties aligned to GBS on a party to party basis.

“We certainly have friends within GBS and we will maintain our close contact with our friends,” said Henrynus without elaborating.

“But we are keeping an open mind and will consider the prospect of joining GBS in future should there be an invitation extended to Anak Negeri,” he said in a statement yesterday.

Meanwhile Anak Negeri Acting Deputy President Dr Edwin Bosi who spoke in support of Henrynus’ policy speech reminded delegates of the need to be aligned to either one of the big players in Sabah politics namely GBS and the Warisan-led coalition.

Bosi said Anak Negeri cannot and should not fight in isolation and therefore must actively seek partners of similar aims and objectives in order to win seats and realize its political vision.

He urged Anak Negeri to throw its weight behind opposition GBS which he described as offering the best chance to topple the Warisan-led government in the next general election.

Ranau delegate, Juhaili Sidek, reminded all Anak Negeri party leaders to be steadfast in their resolve to fight for the cause Anak Negeri stood for.

Juhaili has criticized party leaders who easily and conveniently gave up on their political struggle and changed colours almost overnight simply because Anak Negeri lost badly in the recent general election.

He said Anak Negeri political leaders must have long-term view of politics and be ready to be in the political wilderness in order to defend and fight for the party’s political ideals, vision and goals.

In his closing speech to thank delegates for their support of the party’s five-point political agenda, Henrynus thanked all party members and supporters for their unwavering support and promise to work closely with Bosi and other political leaders in Anak Negeri to rebuild the party and reach out to all grassroots supporters who share and support the party’s political vision.

However, Henrynus reminded delegates that Anak Negeri is still not a member of any political coalition for now as it is still in its formative stage, reorganizing itself while picking up the pieces from the ashes of defeat in the last general election.

He said Anak Negeri will continue to play its role as an opposition political party in spite of having no seat in the Assembly and Parliament and be the voice of conscience for the people of Sabah.