Wednesday, May 18
You are at:Home»News»Sabah»DBKK holds internal toilet cleanliness competition 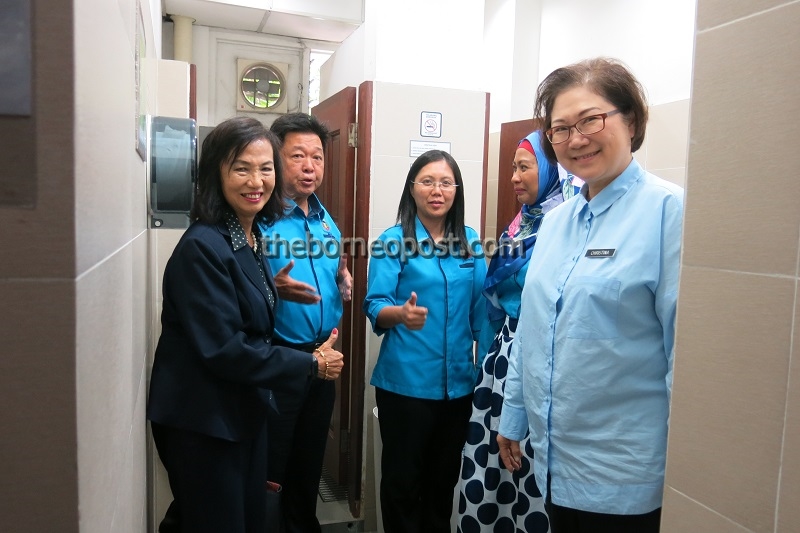 KOTA KINABALU: The Kota Kinabalu City Hall (DBKK) has led the way in organising an internal toilet cleanliness competition for its various departments.

“It is an exemplary move on the part of DBKK and I urge government departments and agencies to adopt this best practice for the common good,” she said after visiting the ladies’ loo.

Mayor Datuk Yeo Boon Hai, who accompanied the minister on her rounds, gave credit to the director of Corporate Affairs Department, Syron Tunggolou for a job well done.

According to Yeo, the EKSA Programme (Ekosistem Kondusif Sektor Awam or Public Sector Conducive Ecosystem) was introduced in DBKK on March 17, 2017.

“Since its inception, I have noticed changes and improvements in DBKK’s office spaces and lavatories. This is made possible through adoption of the 5S Practice in EKSA, that is Sisih (Segregate), Susun (Arrange), Sapu (Sweep), Seragam (Uniform) and Sentiasa Amal (Constant Practice),” he said.

The Landscape Department headed by director Robert Lipon emerged as the champion in all the three categories. Prizes were given away by Yeo.