Wednesday, July 6
You are at:Home»News»Sabah»Sabah to go green with Black Soldier project 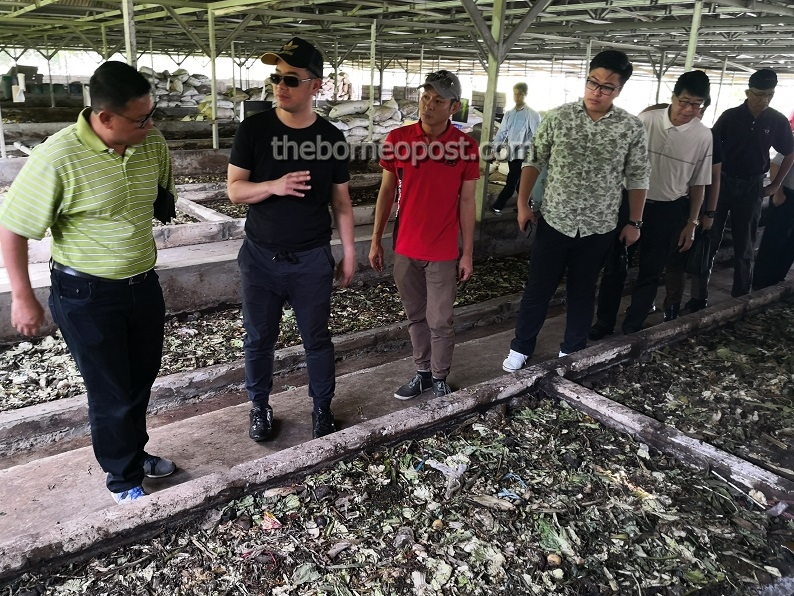 KOTA KINABALU: Agriculture and Food Industry Minister Datuk Junz Wong has unveiled the ‘Black Soldier’ project which will soon be implemented in Sabah, with an eye to producing organic fertilizers for local farmers while at the same time help to resolve the disposal of food wastes more effectively.

He made the announcement during his recent visit to a ‘Black Soldier’ PT. Maggot Indonesia Lestari project farm in Bogor.

Junz was briefed by Pak Markus Susanto on the Bioconversion Waste to Protein process – converting food waste into ‘frass’ (bio-fertilizer).

He said the world is overloaded with wastes that not many people can handle such bio-organic wastes from households, wet markets, food outlets, restaurants, animal farms and many other sources of waste contributors.

“The current common forms of treatment are small portion being fed to animals and the rest for landfills throughout many countries in the world, including Sabah. We have been looking at various methodologies to deal with these wastes which will decompose and discharge tons of leachate leaching into our water aquifers, besides emitting greenhouse gases like hydrogen sulphide, methane and carbon dioxide, inevitably contributing to climate change,” he explained.

Junz said he is also looking into biogas production via anaerobic digestion producing methane for power generation, another option through the ‘Black Soldier’ project.

According to the minister, bio-composting of bio-organic waste looks promising, but the final product off take is not encouraging and could render high cost to the government.

“Bio-conversion by larvae is one of the most promising processes to deal with the wastes. Bio-organic waste will be fed to hungry larvae which will consume 5,000 times their body weight from the moment these are inoculated into the waste, thereby producing a potent bio-fertilizer containing anti-pathogenic ingredients to combat crops roots, basal, airborne and pest diseases as documented in many research journals,” he said.

Sabah could also use the same method in palm oil. Dr Alexius Darmadi, the pioneer in research and development of ‘Black Soldier’ in Indonesia is willing to help the palm oil farmers in Sabah.

Dr Darmadi is the president of EVONIK Industries, president director of Biowax Greenergy, and also one of the pioneers who started the bio-diesel bio-wax downstream industrialization, utilising palm oil in Indonesia and exporting candles to Europe.

“During the working visit, we witnessed the complete process of breeding the Black Soldier flies and the bio-organic waste bio-conversion process. We were convinced that this system would solve our bio-organic waste problems.

“We learned that the bio-fertilizer could fetch a good price and the off take demand was overwhelming selling up to RM5 per kilo in Malaysia,” Junz disclosed.

The Bogor Black Soldier farm processes an average of five metric tons per day of municipal waste from restaurants. The farm produces Black Soldier larvae at their nursery.

“Too much chemical fertilizers and pesticides are used in Sabah, especially in Kundasang areas. So to start off, a BSF pilot project to try and help Ranau farmers to go green, organic and healthy will be initiated in Kundasang,” Junz concluded.