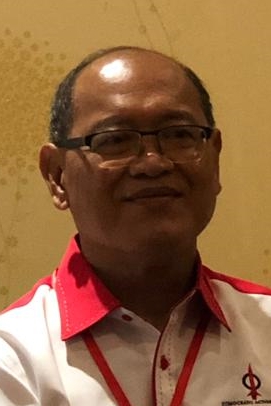 “I have signed the appointment letter and he will start work immediately to ensure that BPA runs efficiently and effectively,” he told a press conference after officiating the 18th DAP Sarawak State Ordinary Convention at Crown Square here today.

Meanwhile, John Brian gave his assurance that with his vast years of experience in management, he will strive to bring efficiency and productivity to the port.

“I will try to bring down the cost of goods that goes through the port as well as to make sure that stakeholders and port users receive the best of services from the port that is the property of the government.”

Born in Sebauh, Bintulu, John Brian holds a PhD in Management from Southern Cross University, Australia and has been carrying out management consultancy in in Indonesia, Malaysia and Singapore.

Previously, the post of BPA chairman was held by Hadzari Abang.