Tuesday, September 22
You are at:Home»News»Sarawak»Sarawak revenue projected to nearly double to RM10.51 billion 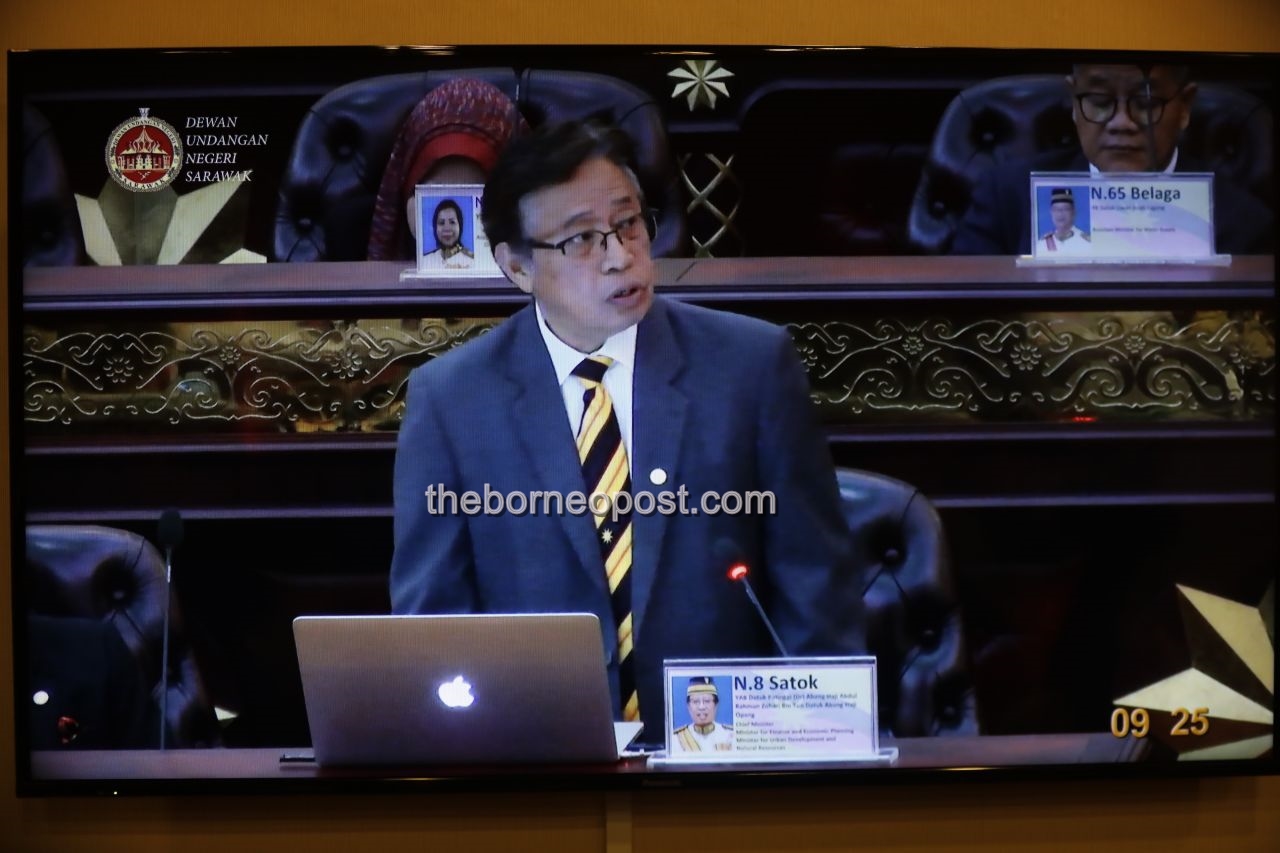 According to Chief Minister Datuk Patinggi Abang Johari Tun Openg, this will be the first time the state is expected to achieve such record high revenue of more than RM10 billion.

“This level of revenue is crucial to enable us to move forward with our development agenda for the benefit of all Sarawakias,” he said during the State Legislative Assembly (DUN) sitting this morning.

He went on to highlight that the tax revenue has been estimated to be at RM5.268 billion or 50 per cent of the total expected revenue in 2019.

It will also comprise of RM474 million from forestry of which RM267 million is expected to be contributed by forest royalty while RM207 million is from timber premium.

Meanwhile, RM332 million will be from raw material and mining royalties, land rents and others.

As for non-tax revenue, it has been estimated to reach RM4.997 billion or about 48 per cent of the total expected revenue and will be derived mainly from cash compensation in lieu of oil and gas rights (RM1.99 billion), dividend income (RM1.5 billion), interest income (RM1.006 billion), land premium (RM250 million), cash compensation in lieu of import and excise duties on petroleum products (RM120 million) and others, including licences, service fees, permits and rentals (RM131 million).

On Ordinary Expenditure for 2019, next, a sum of RM10.391 billion has been proposed and out of this total allocation, RM2.841 billion is for operating expenditure which consists of RM232 million for Charged Expenditure and RM2.609 billion for Recurrent Expenditure.

“A sum of RM7.55 billion is proposed to be appropriated to the Statutory Funds of which RM7.3 billion is for the contribution to Development Fund Account to finance development programmes and projects. The remaining RM250 million is for appropriation to Contingencies Trust Fund,” he also announced.

“The proposed allocation of RM2.841 billion for Operating Expenditure next year is an increase of RM212 million which is about eight per cent over the revised expenditure of RM2.629 billion for this year.”

To note, out of the RM2.841 billion proposed for Operating Expenditure in 2019, RM798 million or 28 per cent will be for personnel emoluments, RM983 million or 35 per cent for supplies and services, RM909 million or 32 per cent for grants and fixed payments, including operating grants to Statutory Bodies and local authorities, servicing of public debts and payments of gratuities, pensions and scholarships, RM52 million for the procurement of asset and RM99 million for other operating expenses.

“Taking into account of an estimated total revenue of RM10.513 billion and a total proposed Ordinary Expenditure of RM10.391 billion, the proposed 2019 Budget is expected to generate a surplus of RM122 million.

“A surplus budget would enable the State to continue building up its financial reserve. This is to ensure its healthy financial position and financial sustainability in the long run.”