Wednesday, February 1
You are at:Home»Business»BizHive»Malaysia influences SEA to introduce the digital tax
For the freshest news, join The Borneo Post's Telegram Channel and The Borneo Post on Newswav. 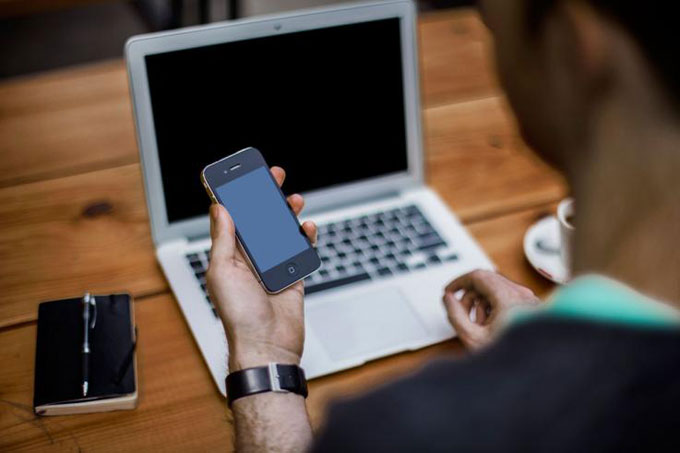 Malaysia is officially the second country in Southeast Asia (SEA) to introduce a Digital Tax which could apply to both local and international players. Slated to be implemented by January 1, 2020, the tax is aimed to level the playing field and spark better competition in its e-commerce sector.

This landmark announcement for the digital sector is highly significant as it was announced at the first federal budget tabled by a new government since the country’s independence in 1957.

More importantly, the announcement on the digital tax in Malaysia is expected to serve as a role model for neighbouring countries and beyond to introduce a tax scheme for its digital economy.

Introduction of the digital tax

The Budget 2019 announcement includes the introduction of a tax scheme specifically for online services imported by users are required to register with the Customs Department from January 1, 2020. This includes software, music, videos, or any digital advertising provided to Malaysians.

This would mean that online service providers who meet certain criteria will have to register with the Customs Department in order to continue providing their offerings to Malaysian consumers.

Similar as Singapore, video, and music streaming like Netflix or Spotify, apps, listing fees on electronic marketplaces such as Apple’s or Google’s app stores, software, such as online subscription fees may be taxed. In addition to this, the inclusion of software could mean that services such as Microsoft’s Office 365 productivity suite and games sold by Steam would be liable under the new tax.

However, no further details on the mechanics of the tax was shared and will probably be clarified closer to the year of its implementation.

Rational of the digital tax

According to experts, the tax is aimed to level the playing field between international and local businesses in the digital sector.

Global digital businesses such as Amazon and Steam often avoid paying taxes due to the reason that international companies have no physical presence in the country.

As such, these digital firms declare their profits in the country where their headquarters are based, causing other countries, such as Malaysia to lose potential tax revenue.

This has also caused a non-level playing field as certain international players were able to provide a more competitive price point on products and services as compared to local players who are subject to local taxes such as the Sales and Service Tax (SST) and others. This tax scheme is also aimed to level the playing field between online and offline businesses as well.

This issue was acknowledged globally as well such as the European Union (EU). Currently, the EU finance ministers are aiming to obtain the approval from all EU countries to agree on a digital tax plan by the end of 2018.

The announcement of the digital tax in Malaysia was also aimed to spur the government’s revenue base and reduce the country’s RM1 trillion government debt.

After Malaysia’s newly elected government took office, Finance Minister Lim Guan Eng made a startling announcement, stating that the country’s debt was higher than previously disclosed by the previous administration. Since then, the government has been optimising all efforts to strengthen and expand the government’s revenue base.

With various reputable research companies and experts predicting a snowballing effect in the digital sector, it was inevitable that the government will sideline the digital tax as it presents a great opportunity for the government to improve the state of the country’s debt. Malaysia’s Director General of its Customs Department previously stated that taxes from the digital economy can easily collect a couple of billions of ringgit.

The growth potential of e-commerce was evident as the country recently garnered RM390 million in gross merchandise value (GMV) in just five days during its recent digital sale period (MyCyberSale 2018). The digital economy in Malaysia is expected to receive further boon for its annual 11.11 Sale (Singles Day), 12.12. Sale and Year-end digital sale.

Also not forgetting is Google and Temasek’s big prediction that e-commerce in Malaysia is expected to become a RM34 billion market by 2025, indicating a big potential for tax revenue for the government in the near future.

Concerns with the new tax scheme

While the primary premise of the tax is commendable, several experts and business owners are concerned with its possible negative effects. Some commented that the introduction of the tax will add an extra layer of taxation which could lead to the increase of online goods and services for all players.

A WHT is a tax charged on Malaysian businesses when certain types of payments (interest, royalty, services) are made to non-resident companies. As such, the introduction of the Digital Tax increases the probability of double or maybe triple taxation to businesses.

The founder of a Malaysian online women’s footwear company commented on the Digital Tax. “This tax on e-commerce businesses is not practical. We already spend so much on SST and with the addition of a new tax, this would squeeze all the business dry. How many tax systems do we need?”

However, the government may have plans in place to mitigate “double taxation” and might introduce a credit system for SST deduction, starting January 1, 2019. The mechanism for this credit system would be clarified nearer towards the date of its implementation.

All eyes will be on Singapore and Malaysia by 2020, as neighbouring countries will closely observe the successes and pitfalls of its implementation and will probably introduce a digital tax of its own. If successful, it won’t be long when the digital tax will become a conventional thing in the global digital sector.