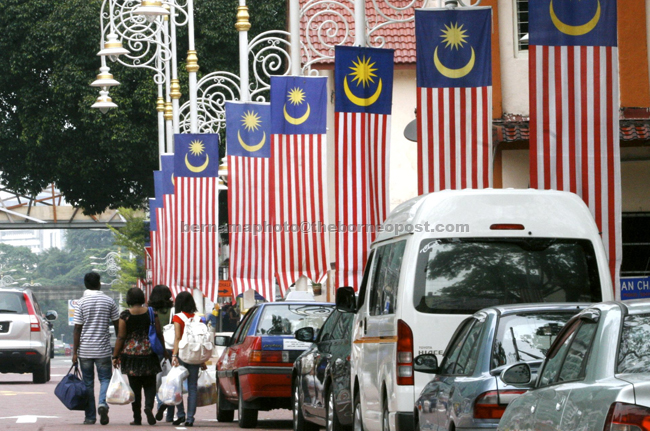 Foreign funds reversed their position to net sellers on Bursa Malaysia, as external factors such as the US mid-term election and the possibility of the Fed raising its interest rate continued to cloud the market. — Bernama photo

KUALA LUMPUR: Foreign funds reversed their position to net sellers on Bursa Malaysia, as external factors such as the US mid-term election and the possibility of the Federal Reserve (Fed) raising its interest rate continued to cloud the market.

Bank Islam Malaysia Bhd chief economist Mohd Afzanizam Abdul Rashid said market reaction towards the US mid-term election was quite mixed as there could be potential deadlock in terms of policy-making.

“Furthermore, the Fed is signalling that it will continue to raise the federal funds rate (FFR) at a gradual pace, with the next hike potentially next month.

“Thereafter, we can expect further discussions on the neutral rate, so there will likely be market uncertainty at which level the Fed would stop increasing the FFR,” he told Bernama.

On the local front, he said Moody’s Investors Service’s rating outlook for Petronas, which was adjusted from stable to negative, would also potentially weigh on investors’ sentiment.

He said Bursa Malaysia was expected to remain on a tight range, ahead of the third-quarter gross domestic product performance, scheduled to be announced on November 16.

“We believe the economy will continue to grow at below five per cent in view of slower external sector as well as cautious spending by the government.

“Therefore, consumer spending should hold the fort given stability in the income stream and stable labour market condition. Continuous capital expenditure by the private firms could also help economic growth to some degree,” he added.

This scenario, he said, was likely to persist going forward following lack of catalysts to cheer the market, while in the external market, the oil price would continue to influence their decision to invest.

“We have to see what will happen in the global market because right now, I don’t think there are any domestic near-term drivers.

“I think they will pay attention to the oil price movement because right now Brent crude is already around US$70 per barrel, down very sharply from its recent high of about US$85 per barrel.

“As you know, higher crude oil price is positive for Malaysia as a net oil exporter. If it moves lower, this would be negative for the ringgit and for the sentiment,” he said.

For 2018, he expects the foreign funds to continue to be net sellers at around last year’s numbers.

“Essentially, what we are seeing now is all net inflows we saw last year have been reversed,” he said.

In reaction to current developments, Chia is not expecting local institutional participants to be so active in Bursa Malaysia.

“The proposals in the Budget 2019 which is to be more transparent, improve corporate governance and careful spending are all long-term positive. But for short-term impact, we need to see execution of these proposals. So, I do not see local institutions will be aggressive.

“For the people to come in and buy, the market needs to move lower first. With the FTSE Bursa Malaysia KLCI at 1,700 level, people are likely to wait for the index to be at 1,688 level to buy,” he added. — Bernama

Previous ArticleOver 36,000 in Sarawak to sit for SPM exams this year
Next Article ‘Fulfil RM500 mln pledge to fix dilapidated schools in S’wak’