Saturday, January 28
You are at:Home»News»Sarawak»Rosmah and aide may face charges over RM1.25 bln Sarawak rural school solar project
For the freshest news, join The Borneo Post's Telegram Channel and The Borneo Post on Newswav.

KUCHING: Datin Seri Rosmah Mansor and her former aid Datuk Rizal Mansor may face several charges over a RM1.25 billion solar hybrid project, which was meant to supply electricity to 369 schools in the rural areas of Sarawak.

The project which had failed to deliver on its promises had gone under investigations by the Malaysian Anti Corruption Commission (MACC) and several new outlets quoting sources claimed that the wife of the former prime minister Datuk Seri Najib Tun Razak and her former aide would be slapped with charges over the failed RM 1.25 billion project.

MACC deputy chief commissioner (operations), Datuk Seri Azam Baki when contacted by The Borneo Post Online said the investigations into the project are currently wrapping up and that a statement on their findings would be issued later this evening.

Previously, the Sarawak Report had reported that Najib had signed and personally pushed through the RM1.25 billion project, which was awarded to a car rental company in Bintulu, purporting to install solar energy supplies for 369 Sarawak schools in the interior.

The report also claimed that letters signed by Najib clearly authorised for the Education Ministry’s strict rules on tendering and price negotiation to be over-ruled during the awarding of the project and later for payments to continue to be made, even though the terms of the contract were not fulfilled by the company.

In June, a 59-year-old company managing director and a 30-year-old lawyer have been remanded in connection with the solar panel project for schools in Sarawak.

It also reported that Education Ministry staff who raised concerns about quality control were transferred from their posts while reports to the police and MACC were ignored right up until the last election.

Former education minister Datuk Seri Mahdzir Khalid was called in by the MACC on October 16, 2018 to assist investigations into a solar hybrid power project.

Such solar energy projects have been carried out the Sarawak state government previously and are widely used in rural areas of the state to provide an alternative power supply to rural communities not connected to the main power grid. 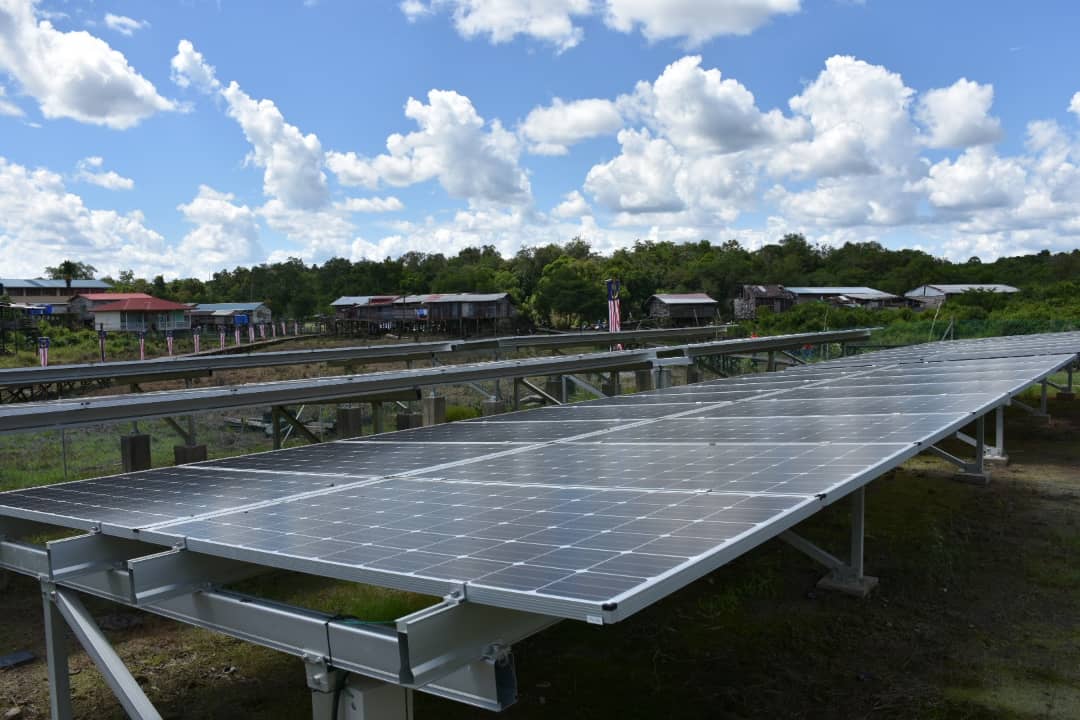 Solar hybrid panels from a previous state development project in a rural community not connected to the main power grid. – Photo by Abdul Hakim Bujang