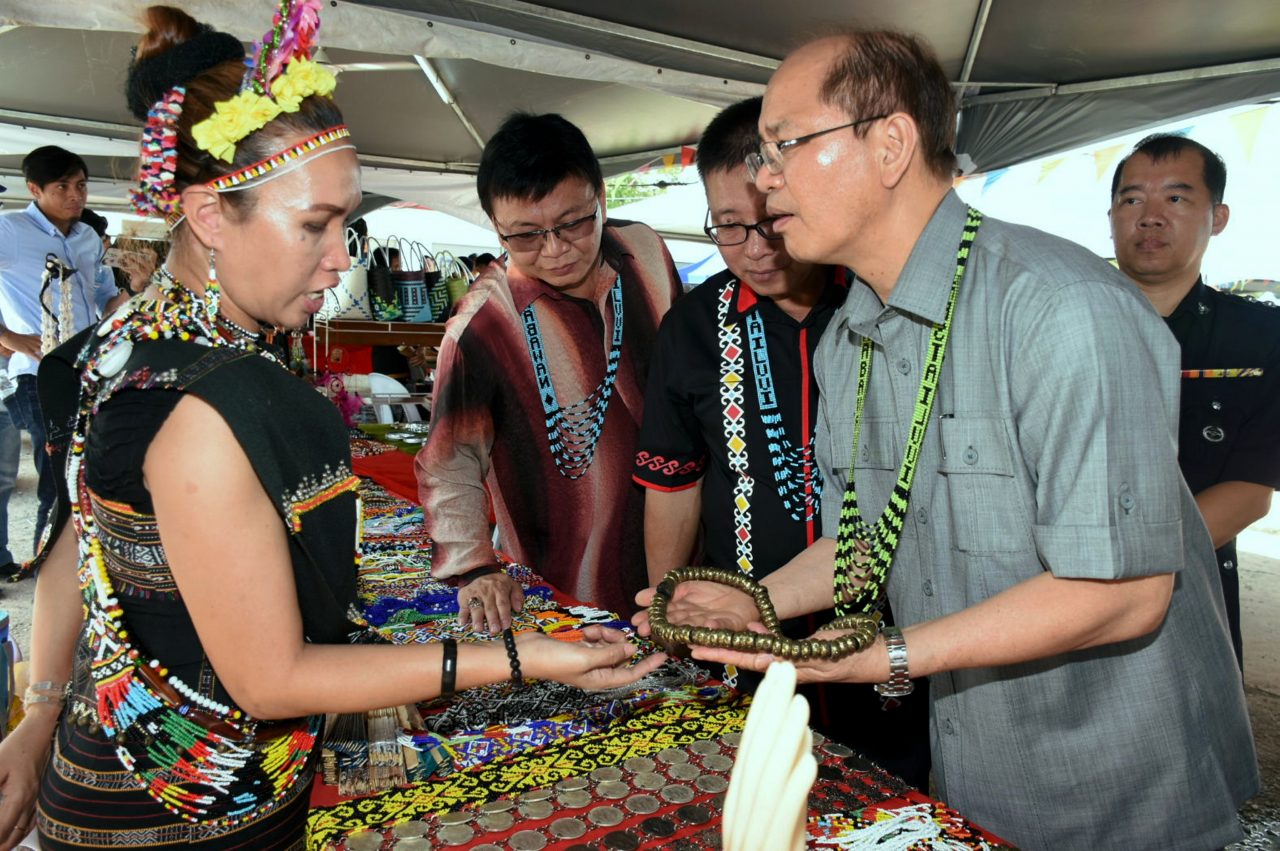 Tangau (right) asking a Momogun entrepreneur about the tangkong, a Momogun traditional accessory on display in conjunction with the Ilau Iluui Festival or Nabawan Potato Festival which ended yesterday. – Bernama photo

He expected the situation to become critical in years to come as Indonesia has begun to attract its citizens to seek employment within the country by offering minimum wages which are higher than in Malaysia.

“This will be the main factor that will discourage Indonesians to work abroad.

“Besides, Indonesian workers in Sabah, who have gained working experience in their respective fields, now preferred to return home to work in their own country,  Tangau, who is also Sabah Trade and Industry Minister, told Bernama here yesterday.

He added that Indonesia was moving towards sustainable manufacturing and plantation development and this was opening up many employment opportunities for its citizens.

This situation would pose a major challenge for Sabah especially in sourcing Indonesian labour to work in estates and plantations.

Tangau also pointed out that Sabah stood to lose RM900 million, in tax revenue, annually, if oil palm plantations in the state were not managed well because of the expected acute labour shortage.

However, he advised Sabahans to adopt an open mind and not to view the labour shortage negatively to ensure the oil palm plantation sector continued to flourish and generate development in the state.