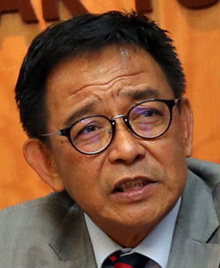 SIBU: Transport Minister Anthony Loke’s announcement that the low cost carrier – AirAsia is set to take over the Kota Kinabalu (KK)-Sibu and KK-Bintulu routes from MASwings Sdn Bhd starting January 2019 is indeed a welcome news to residents of both towns.

When contacted today, Minister of Tourism, Arts, Culture, Youth and Sports Datuk Abdul Karim Rahman Hamzah said he has yet to be informed about the matter, but pointed out that if this is true, it is a positive development for this sector.

“I have not been informed of this yet but if it is true, this is very much welcome news. This is one sector which Sibu and Bintulu residents have been asking for,” Abdul Karim told The Borneo Post.

The Asajaya assemblyman was asked to comment on a news report that AirAsia Group Bhd is set to take over the Kota Kinabalu (KK)-Sibu and KK-Bintulu routes from MASwings Sdn Bhd starting January 2019 following the Cabinet’s approval last week.

For the record, AirAsia discontinued the Sibu-KK route in August 2009 after operating for four months, as MASwings had been given exclusive rights by the government to service the rural air routes.

“We thank the cabinet for allowing AirAsia to fly Sibu/KK/Sibu (route) which the people of Sibu have long been waiting for.

“In line with this positive development, we are hoping that it will improve the tourism industry for Sibu,” Wong enthused.

“This will be the biggest ‘angpow’ (goodies) for 2019. We really do not understand why the service between Sibu/Kota Kinabalu (KK) and vice-versa was terminated for so many years.

“At first, we had services from MAS (Malaysia Airlines) followed by a short period of services by AirAsia. For what reasons both airlines stopped and terminated this route is something we, as Sarawakians wonder,” he lamented.

“Because of the termination, not only the connectivity was affected but also caused big problem for cargo. Yes, and because of these termination (Sibu-KK), it is very tough for Sibu to promote tourism.

“KK is now the third biggest stop over for international flights after Kuala Lumpur and Johor Bahru. But our concern is KK because it affects the local from connecting their flights to other international destinations like Manila, Hongkong, Taipei and even Tokyo,” Tan said.

“Instead of one hour and a half hour flight from KK to Manila, we have to travel three hours from KL to Manila.”

Adding on, he noted that for central region and even Bintulu, it is more expensive to fly to Kuching to connect to KK.

“Instead of two hours direct flight for Sibu/KK (route), we have to travel Sibu/Kuching/KK and the stopover in Kuching, which is a waste of time as well as paying more,” he bemoaned.

In this regard, Tan asserted that AirAsia should resume this sector because they have plenty of direct flights to Asian countries like Manila, Hong Kong and Taipei, adding that MAS will not be able to resume as it had a reputation of being the most expensive airline for local folks.