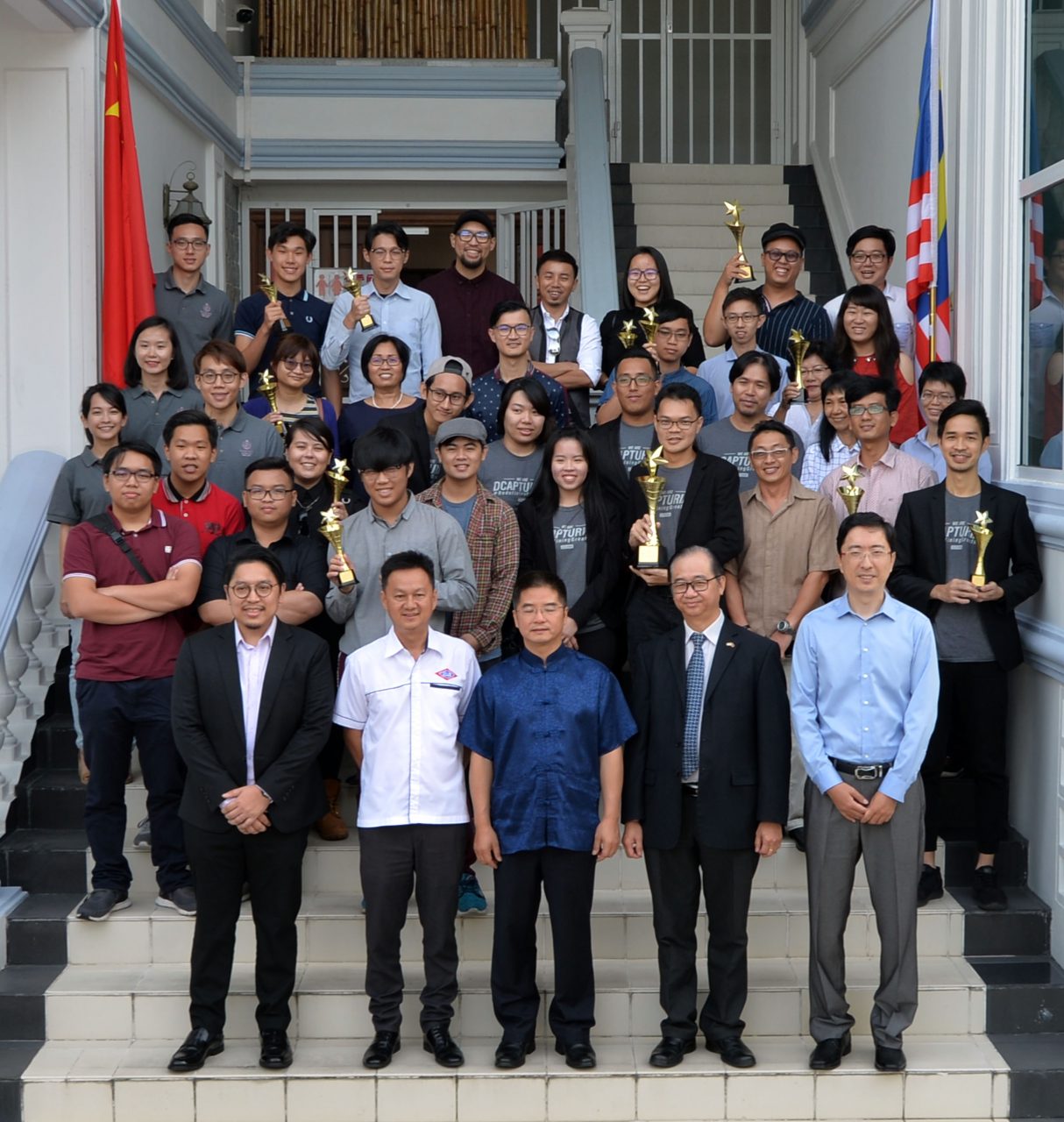 Front row from left, Chua, Yong, Liang, Wilson, Zhang and the winners in a group photo.

KOTA KINABALU: China and Sabah have been inextricably linked since ancient times, said Consul General of the People’s Republic of China in Kota Kinabalu, Liang Caide.

He said the love story of Mount Kinabalu was widely spread among the people while the porcelain salvaged in the shipwreck of the Song Dynasty verified the prosperity of trade between China and Sabah dating back a thousand years ago.

Since the 19th century, he said, a large number of Chinese had left China.

“Traveling to the South, they came to Sabah to make a living, and harmoniously blended with the local indigenous people, making great contributions to the social and economic development of Sabah. During this process, Chinese traditional culture had never been lost but remarkably passed down from generation to generation,” he said.

Nowadays, Liang said the connectivity between China and Sabah is even more frequent and close in line with the advancement of transportation and internet communications.

Besides tourists travelling to Sabah and vice versa, there have been much cultural exchanges, economic and trade cooperation.

“The interconnection between the two places sees transnational love as well,” he noted.

As such, Liang said the Chinese consulate organized a short film competition themed ‘The Good Relationship between China and Sabah’ in the hope that more people could see, understand and feel the friendship between both places through the films.

He said this during the prize presentation ceremony of the China-Sabah Short Film Competition here yesterday, organized in collaboration with the Kota Kinabalu Journalists Association (KKJA).

“We are going to upload the winning works on the internet and social media, so that more people have the chance to appreciate the excellent works, and to feel the warm and close relationship between China and Sabah,” he said.

The film entitled ‘With Love’ produced by Lee Chun Chieh and his team won the gold award of the China Sabah Short Film Competition. They took home the RM5,000 cash prize and a trophy.

The silver award went to Lee Kuo Cheng for his film ‘China-Sabah Enduring Connections’ while Kong Ming Tee with his submission ‘I Come from Hainan’ won the bronze award. Lee and Kong’s teams received RM3,000 and RM2,000 cash prize and trophies respectively.