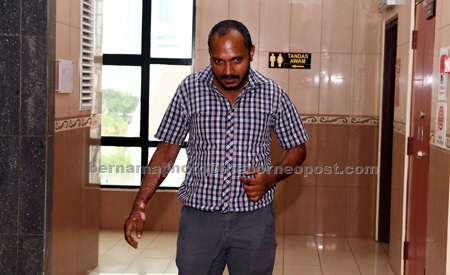 GEORGE TOWN: A Penang City Council (MBPP) employee pleaded not guilty in the Session Court here yesterday to causing serious injury on a doctor and a nurse by pouring petrol and setting them on fire last September.

The charge, under Section 326 of the Penal Code, provides an imprisonment for up to 20 years and is liable to fine, or whipping, if found guilty.

Judge Mazdi Abdul Hamid allowed him bail of RM6,000 in one surety and also warned against intimidating the victims.

The court set Jan 3 next year for mention for submission of documents and medical reports on the victim.