Tuesday, September 29
You are at:Home»News»Sabah»Semporna lawyer to pay RM320k damages to Shafie 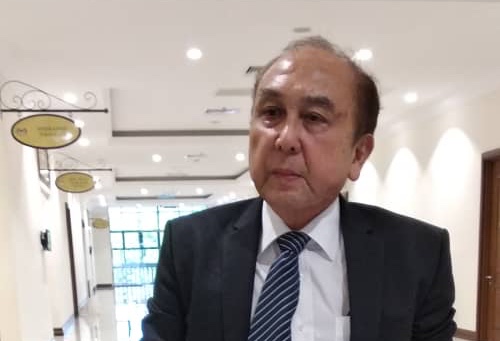 KOTA KINABALU: The High Court here ordered a Semporna lawyer to pay RM320,000 to Datuk Seri Mohd Shafie Apdal for damages and costs for intending to damage and harm the latter’s reputation.

Judicial Commissioner Celestina Stuel Galid made the ruling today and granted Datuk Mohd Shafie the amount after assessing the damages claims in his suit against Datuk Ainal Fattah of malicious prosecution, by publishing in the media, his (Ainal’s) application to bar the Parti Warisan Sabah President from contesting or voting in the coming 14th general election.

The court ordered Ainal to pay for damages on a global sum of RM300,000 with statutory interest of 5 percent per annum from today until the date of full settlement and costs of RM20,000.

The judge held that the defendant, Ainal, did not apply to aside judgement in default against the claims made by the plaintiff and thus she assumed the claims had been proved.

In Shafie’s suit filed on April 24, he claimed that Ainal, either personally or through his counsel, had made public his application, highlighting alleged corruption in leading newspapers, with intent at causing maximum damage to his (Shafie’s) reputation as a well-respected politician.

Further, the publication of the unverified allegations in the defendant’s statement in the media was in breach of rule 50A of the Advocates (Practice and Etiquette) Rules 1988 which provides that copies of documents filed in court are not to be furnished to the press for publication before the hearing of the matter in open court.

The conduct of the defendant as outlined shows that he had acted deliberately to cause harm and damage to the plaintiff even though his application is unsustainable, frivolous and vexatious, as well as an abuse of the process of the court.

The writ was issued by Messrs Lind Willie Wong and Chin, as Advocates and Solicitors for the plaintiff.

Previous ArticleGovt will not compromise on security in Sabah, Sarawak
Next Article Farmers struggle with low prices