Tuesday, July 27
You are at:Home»News»Sarawak»Farmers struggle with low prices

The drop has affected their livelihood, causing many to give up their farms 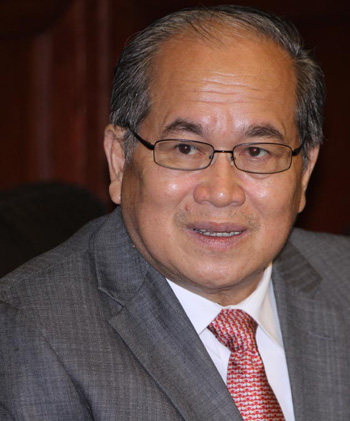 KUCHING: Some 30,000 pepper farmers in Sarawak are feeling the chill due to falling prices of the commodity, says Deputy Chief Minister Datuk Amar Douglas Uggah.

He said pepper farming has changed the life of the people in the rural areas of the state for the better over the past 10 years, but the drastic drop in the price of the commodity of late has affected their livelihood.

“Many pepper farmers in Sarawak have abandoned their farms due to very low pepper prices against high cost of farm maintenance, fertilisers and pesticides,” he told a town hall session with stakeholders and pepper industry players here Tuesday night.

Uggah, who is former Primary Industries and Commodities Minister, said it is not practical for the Primary Industries Ministry and Malaysian Pepper Board (MPB) to tell farmers to plant more pepper when the price of the commodity is so low and operational costs are high.

On the contrary, he said the ministry and MPB should assist pepper farmers in Sarawak to enable them to maintain their farms until the prices are stable.

Uggah said he had written to the Ministry of Finance asking the federal government to provide subsidies similar to those for fishermen and rubber smallholders, but the allocation was not included in the recently announced 2019 federal budget.

As such, he said the Sarawak government would have to provide such assistance to the pepper farmers starting from next year to lighten their burden.

Calling on MPB to buy pepper directly from the farmers and pay them higher than the
prices offered by middlemen, Uggah said he had received complaints that there were instances when MPB refused to buy the commodity directly from farmers.