Wednesday, October 27
You are at:Home»News»Nation»Mahathir issues warning over mockery of national harmony, peace 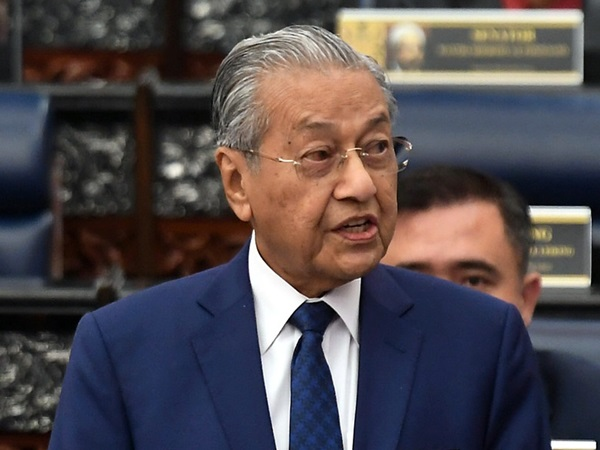 KUALA LUMPUR: Tun Dr Mahathir Mohamad today stressed that the government will ensure that no one makes a mockery of national harmony and peace.

The Prime Minister said the government will not tolerate this and warned that action will be taken according to the law to ensure that it does not happen.

“If anyone violates the laws for their own interests, this government which upholds the principle of the rule of law will act in accordance with the law,” he said in the Dewan Rakyat.

Dr Mahathir gave the statement in the wake of the riots in the vicinity of the Seafield Sri Maha Mariamman Temple in USJ 25, near Subang Jaya, on Monday and Tuesday.

He said it is not the intention of the government to punish anyone blindly but democracy has its limits and everyone must understand these boundaries of democracy.

“No one can act as one likes in violation of the law and cause anxiety among the people and chaos in the country,” he said.

Dr Mahathir emphasised again that the incident was not racial or religious in nature but a criminal act which should not be given any room to ruin the inter-racial relations in the country.

He said the government will not hesitate to take firm action against any provocative attempts as well as against those who try to challenge the country’s laws.

“The government has pledged not to impose any barriers to news reporting and communication but this freedom must be used with full responsibility and not to exploit circumstances that may lead to inter-racial breakups and disharmony.

“This is also not the time to point fingers at anyone. The police have been given the responsibility to maintain peace and conduct investigations. The offenders will face the appropriate legal action,” he said.

Dr Mahathir urged all the people to stay calm and avoid getting involved in activities that can be the basis for instigation and sedition.

He said it is most important for all quarters to realise that the security and stability of the country is a shared responsibility.

“We want this matter to be handed over to the authorities and I ask all quarters, whether in this House or in public, to exercise caution when issuing statements or sharing news on the incident because too much of fake and incorrect news has already been circulated.

“Politicians, leaders of NGOs and vested parties should not attempt to fish in troubled waters,” he said.

The Prime Minister also said that the police have been given the authority to handle the situation tactfully to ease tensions and restore public order.

Dr Mahathir said the serious injuries inflicted on firefighters and policemen and the damage to public and private property as a result of the irresponsible conduct of the mob cannot be taken lightly.

“The government does not take lightly such incidents that can lead to bigger problems involving racial harmony. I have been briefed on the latest developments of the investigation into the incident and the follow-up action taken by the authorities.

“I am satisfied with and thankful to the Royal Malaysia Police for their action in controlling the situation and preventing it from escalating,” he said.

The riots early Monday and Tuesday near the temple resulted in a firefighter being seriously injured, several other people also hurt, 23 cars torched and public and private property damaged.

The firefighter, Muhammad Adib Mohd Kassim, 24, is stable but still in critical condition at the National Heart Institute (IJN).

The police have arrested 30 people so far to assist in the investigation into the riots. – Bernama