Friday, September 30
You are at:Home»News»Sarawak»Palm oil prices expected to go up next year – Kok 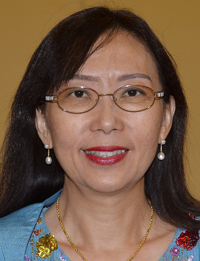 KUCHING The Ministry of Primary Industries expects the prices of palm oil to go up next year.

Its Minister Teresa Kok said the prices of palm oil are now at their lowest period and believed they could not go any lower.

She said her projection was also based on the expected increase in demand of palm oil by the east Asian countries like China during the new year.

“Normally, festive seasons will boost up the demand of edible oil. We also foresee that the European Union (EU) countries are also going to increase the import of oil.

“Now, we are coming to December and winter. The northern countries like China, Japan or EU normally import less oil during this period and start active buying the commodity in the beginning of the year,” he told a press conference after meeting with members of Sarawak Dayak Oil Palm Planters Association (Doppa) here today.

Kok believed that the drop in palm oil prices was a worldwide problem, saying even other oil related crops including soya beans are facing the same problem, whereby there is an excess of production this year.

She noted that palm oil is a commodity, where its prices are affected by the global demand and supply situation.

According to her, as of now, India is the top importer of Malaysian palm oil, followed by the European Union, which is ranked number two, and China as the third top importer.

“At the moment we are exploring a lot of new markets. Our new markets include Phillipines, the Northern African countries and the middle-eastern countries. In fact, we are working very hard to explore new markets.

“After the Prime Minister’s visit to China there are a lot of inquiries about palm oil and the palm-based products including biomass of our oil palm plantations and so we are optimistic of the palm oil prices next year,” she said.

Kok said based on the free trade agreement between India and Malaysia, India is supposed to lower the import tax for Malaysian palm oil, which may boost the importation of the commodity into the country.

She said her Ministry is also planning to to do more palm oil promotion activities in India next year and thus Malaysia can look forward to India to buy more of its palm oil.

Previous ArticleGovt aims to certify all oil palm areas with MSPO certification by next year
Next Article Mahathir issues warning over mockery of national harmony, peace