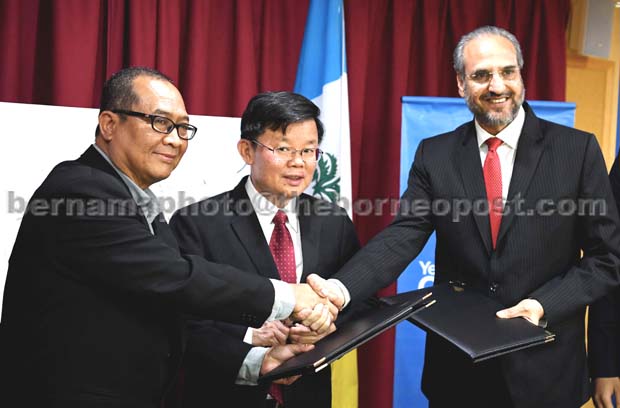 GEORGE TOWN: Micron Technology Inc’s new centre of excellence for solid state drive (SSD) assembly and test in Batu Kawan is expected to create 1,000 high-value jobs in the electrical and electronics (E&E) sector once it is completed in 2021.

“We welcome Micron, a Fortune 500 company to our family in Penang, and this will further reinforce the state’s position as the Silicon Island of Asia.

“As a family member, we assure Micron of the state’s support and commitment to assist in their continued growth in Penang,” he told the press conference yesterday.

The American semiconductor giant, which had announced its RM1.5 billion investment yesterday, aims to break ground for the new 21-hectare facility in the first half of next year and achieve full ramp-up within two years.

He said Penang was also the second top recipient of total manufacturing investment among states valued at RM10.8 billion.

“Out of the RM72 billion approved investments recorded from 2008 until June this year, RM14.4 billion or 30 per cent were from US investors, which makes them the largest FDI contributor to the Penang economy,” he said.

Meanwhile, Micron backend operations senior vice president Gursharan Singh said the reason Penang was picked for the company’s expansion was because the state was recognised as a centre of excellence for semiconductor and storage products.

He said the expansion in Malaysia was in line with the group’s strategy to build a scalable, agile and well positioned global capacity model.

“This greenfield investment in Penang for SSD manufacturing will enhance our NAND centre of excellence in Southeast Asia, building on our existing presence in Malaysia and Singapore, while ensuring a continued focus on better servicing customers and attracting and retaining the highest-quality talent,” he said, adding the Penang facility would produce 3D advance storage and memory packages. — Bernama