Thursday, October 6
You are at:Home»News»Sarawak»Indonesian worker killed in fire 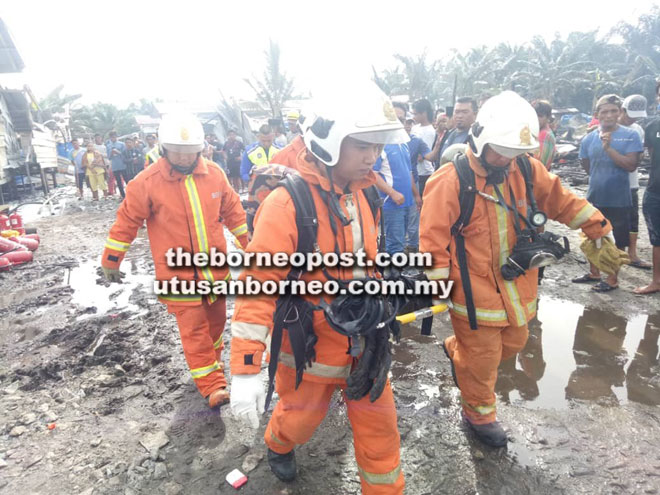 Firefighters carry the body of the man killed in the fire.

BETONG: A 23-year-old Indonesian man was killed in a fire at a workers’ quarters in TH Pelita Meludam, Ladang Tanjong Lilin near here yesterday morning.

The victim identified as Ardi Darmawan died at the scene while his colleague Hermansyah, 22, suffered 36 per cent burns on both legs.

Upon their arrival at the scene, firefighters from Betong station found the ten-door quarters totally gutted.

Initial investigation revealed that there were two Indonesian men staying in the block.

The victim who suffered burns on his legs was rushed to a nearby clinic in a plantation workers’ vehicle while the body of the deceased was handed over to the police for further action.

The operation ended at 9.10am.

The cause of the fire is still under investigation.