Monday, September 26
You are at:Home»News»Sarawak»Three foreigners detained in anti-vice raid 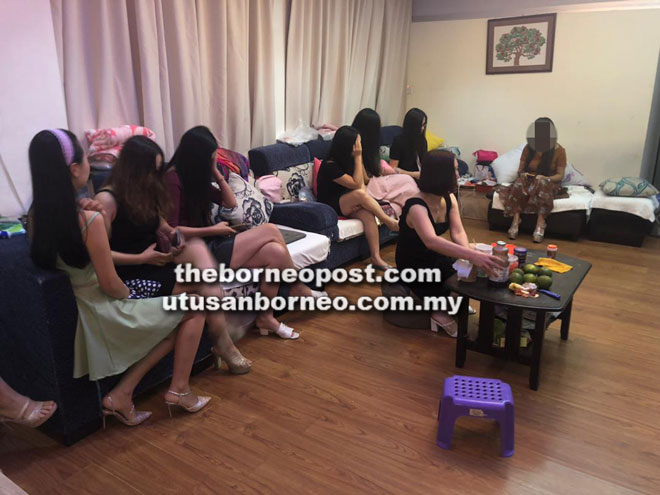 Some of the foreign workers rounded up during the police raid.

KUCHING: Three female workers aged between 27 and 46 were detained during an anti-vice raid at a reflexology centre along Jalan Tun Jugah here.

“There are also those who peddle the flesh trade through social media app and once a transaction is finalised, the service was carried out in pre-assigned locations.

“A sting operation launched resulted in the arrest of three foreign female workers to facilitate investigation for offences of soliciting for the purpose of prostitution and for violations under the Immigration Act,” he said in a statement yesterday.

Denis disclosed that D7 from the state and districts headquarters have been collecting intelligence and carrying out raids since Jan 1, 2018, with 134 operations conducted, out of which 102 were successful.

“Our operatives are up a notch and monitoring activities in the massage centres, hotels, lodging houses, pubs and bars, coffee lounges and even some private homes.

“We urge members of the public to channel information on this illegal activity to our CID Hotline 082- 274213, “ Denis said.