Thursday, April 9
You are at:Home»News»Sarawak»S’wak to help tackle campaign against palm oil 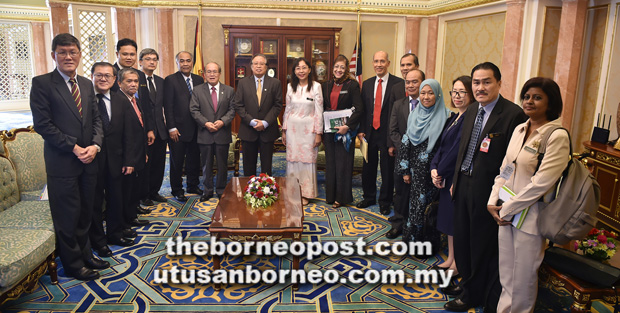 KUCHING: The Sarawak government will contribute to the Malaysian Palm Oil Board (MPOB) Research Fund as part of efforts to tackle negative campaigns against Sarawak’s oil palm.

Deputy Chief Minister Datuk Amar Douglas Uggah said through the contribution, it is hoped that the scientists would be able to come up with stronger scientific evidence the value of Sarawak’s oil palm.

“The government is going to contribute to the MPOB Research Fund in order to reach out to more scientists around the world to come up with more stronger scientific evidence on the value of our oil palm in terms of nutrition and so on. 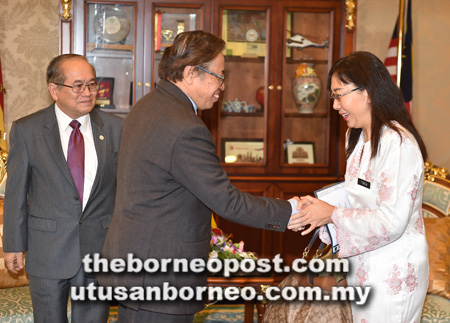 “This will combat negative campaigns against our oil palm,” he told a press conference after accompanying Minister of Primary Industries Teresa Kok to pay a courtesy call on Chief Minister Datuk Patinggi Abang Johari Tun Openg at his office in the State Legislative Assembly (DUN) here yesterday.

He said this was one of issues discussed during the courtesy call between the federal minister and chief minister.

“The Sarawak government’s contribution shows it is committed to assist in the issue, and the chief minister has informed the minister (Kok) about it.”

Uggah, who is Minister of Modernisation of Agriculture, Native Land and Regional Development, said both state and federal ministries had agreed to form collaboration with MPOB to ensure that all oil palm smallholders in Sarawak would receive the Malaysian Sustainable Palm Oil (MSPO) certification by the end of next year.

“We also discussed the chief minister’s announcement in the DUN sitting recently of not issuing anymore provisional lease for the planting of oil palm on state lands.”

“We discussed issues of MSPO certification as well as issues related to the timber industry in Sarawak.

“Sarawak is a big state and we want to work closely with its government on issues related to timber and palm oil.”

Secretary general of the Ministry of Primary Industries Datuk Zurinah Pawanteh was also present during the visit.