Wednesday, July 15
You are at:Home»News»Nation»Anwar’s motion to debate govt’s non-ratification of ICERD rejected 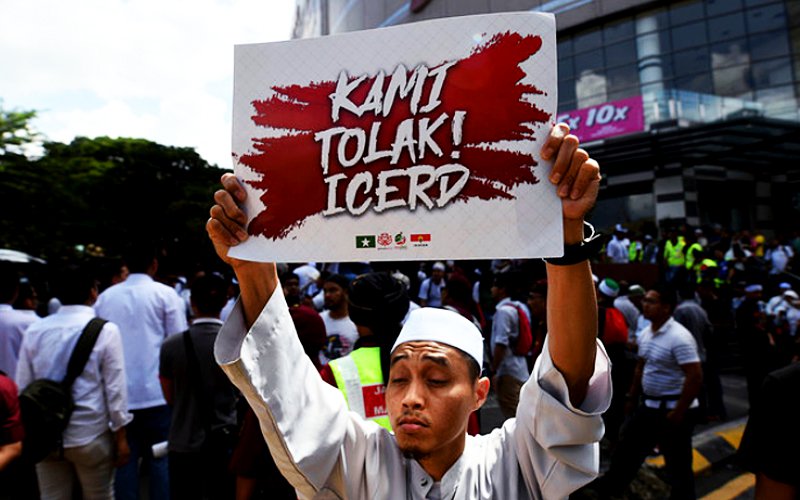 KUALA LUMPUR: Dewan Rakyat Speaker Datuk Mohamad Ariff Md Yusof today rejected the motion by Datuk Seri Anwar Ibrahim (PH-Port Dickson) to debate the government’s justification in not ratifying the International Convention on the Elimination of All Forms of Racial Discrimination (ICERD) in the Dewan Rakyat.

Mohamad Ariff explained that the rejection was made under Standing Order 18 of the Dewan Rakyat which, however, allowed its contents to be read in the Dewan Rakyat after the Oral Question and Answer  Session today.

“As we all know, there are three requirements to be fulfilled, so after considering the surrounding situation and the response from certain groups, I do not consider the matter needed to be speed up in the present context,”he said as soon as Anwar had completed reading the contents of the motion .

Anwar when reading the contents of the motion had emphasised that the issue had raised public unrest and thus could not be ignored just because the government had made a decision. – Bernama