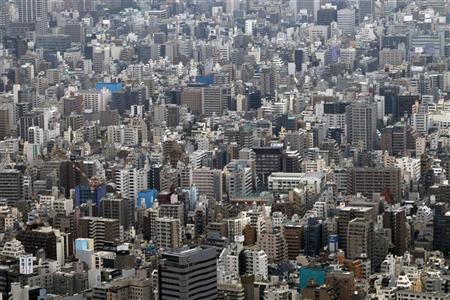 HONG KONG: Japan slid three places to seventh in a widely watched ranking of corporate governance in Asia, tying with India but languishing behind the likes of Thailand and Malaysia.

The fall is part of a biennial survey by the Asian Corporate Governance Association (ACGA) and CLSA, the Asia-focused brokerage, and comes as governance in Japan is in the spotlight following the arrest last month of Nissan chairman Carlos Ghosn for alleged financial misconduct.

Ghosn has yet to make any statement through his lawyers, but Japanese media reported that he has denied the allegations. Japan, home to the world’s second-largest stock market, has been held up as a leading light by governance advocates after its stewardship code, introduced in 2014, pushed domestic fund managers into more actively questioning boards and management.

But the ACGA/CLSA report criticised a failure by Tokyo to take harder, regulatory action.

“While important, the focus on soft law rather than hard regulatory change means that regulators have not been addressing shortcomings in minority shareholder rights,” they said in their Corporate Governance Watch report, which has been grading countries in the region for more than a decade.

The report also warned that while Japanese efforts to improve governance by introducing better board-level oversight via independent directors and audit committees looked good on paper, boardroom reality had changed little in many firms.

Australia ranked top in the survey with a score of 71, despite revelations this year of widespread misconduct in its financial sector. Hong Kong and Singapore were next with 60 and 59 respectively. Japan was the biggest faller on 54.

While the report praised governance in Australia, both Hong Kong and Singapore were criticised after their stock exchanges changed rules this year to allow companies to list with two classes of shares.

Dual-class shares (DCS) offer extra voting power to top executives, which the bourses hope will attract large companies, particularly emerging technology giants, to list, but the structures are opposed by governance activists who warn that they can be abused by company insiders.

Jamie Allen, secretary general of the ACGA, said in the report that the association was concerned about the potential for “contagion” after the rule change in Hong Kong and Singapore, pointing to indications that South Korea was also considering changing its rules.

“Today advocates of DCS are trying to make it the new normal, accompanied by an obsessive focus on IPO (initial public offering) numbers as the only yardstick that seems to matter when measuring capital market success,” the report said.

China, the Philippines and Indonesia ranked bottom in the report, with scores of 41, 37 and 34 points respectively. — Reuters